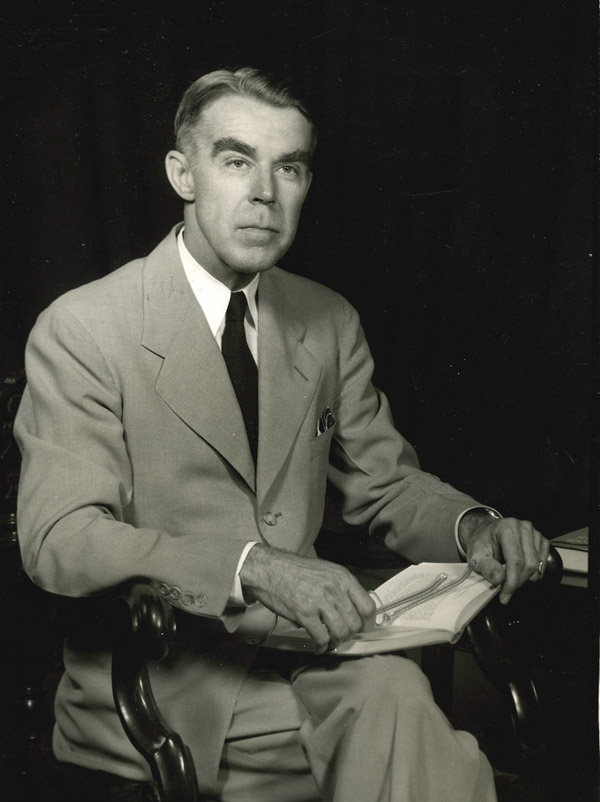 Dr. Rhodes was born in Crozet, Virginia and attended the University of Virginia, earning his B. A. in chemistry in 1920, his M.A. in 1921, and his Ph. D. in physics in 1926. His first teaching position was at the College as Associate Professor of Physics in 1926 and he was soon promoted to full professor. In 1944, he was named Vice-president and, in 1949, he became College President. During World War II, Dr. Rhodes served as the coordinator of the Thirteenth College Training Detachment (Aircrew) which was stationed at the College.

Dr. Rhodes became President of Southwestern At Memphis in 1949. In his sixteen years as president, Phi Beta Kappa founded a College chapter, ten major buildings were constructed, and financial assets grew from $5 million to $9 million. In 1981, the College named the physics building the Peyton Nalle Rhodes Tower. On July 1, 1984 the College was renamed Rhodes College to honor the man who had devoted himself to the College for fifty years.