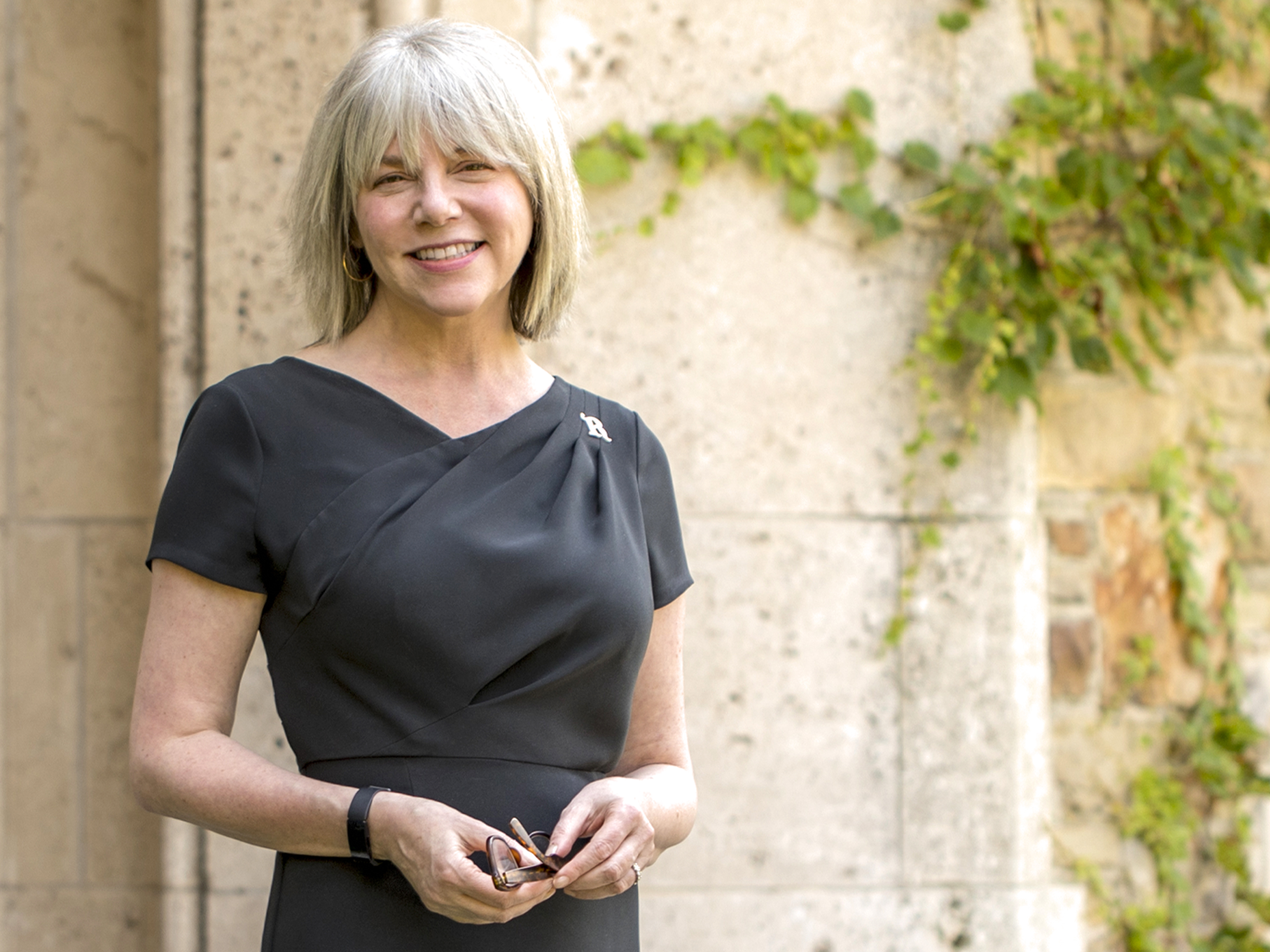 Dr. Hass is a nationally recognized advocate for the value of a liberal arts education who began her tenure as the 20th president of Rhodes College in July of 2017. Under her leadership, Rhodes College was recognized for its quality, value, and academic rigor.

“My deepest hope for Rhodes’ future: that it offers a liberal arts education fit for world-changers, grounded in face-to-face relationships, supports the spirit, and is vitally relevant and accessible to the talented students of tomorrow,” Hass said in her inaugural address in January 2018. 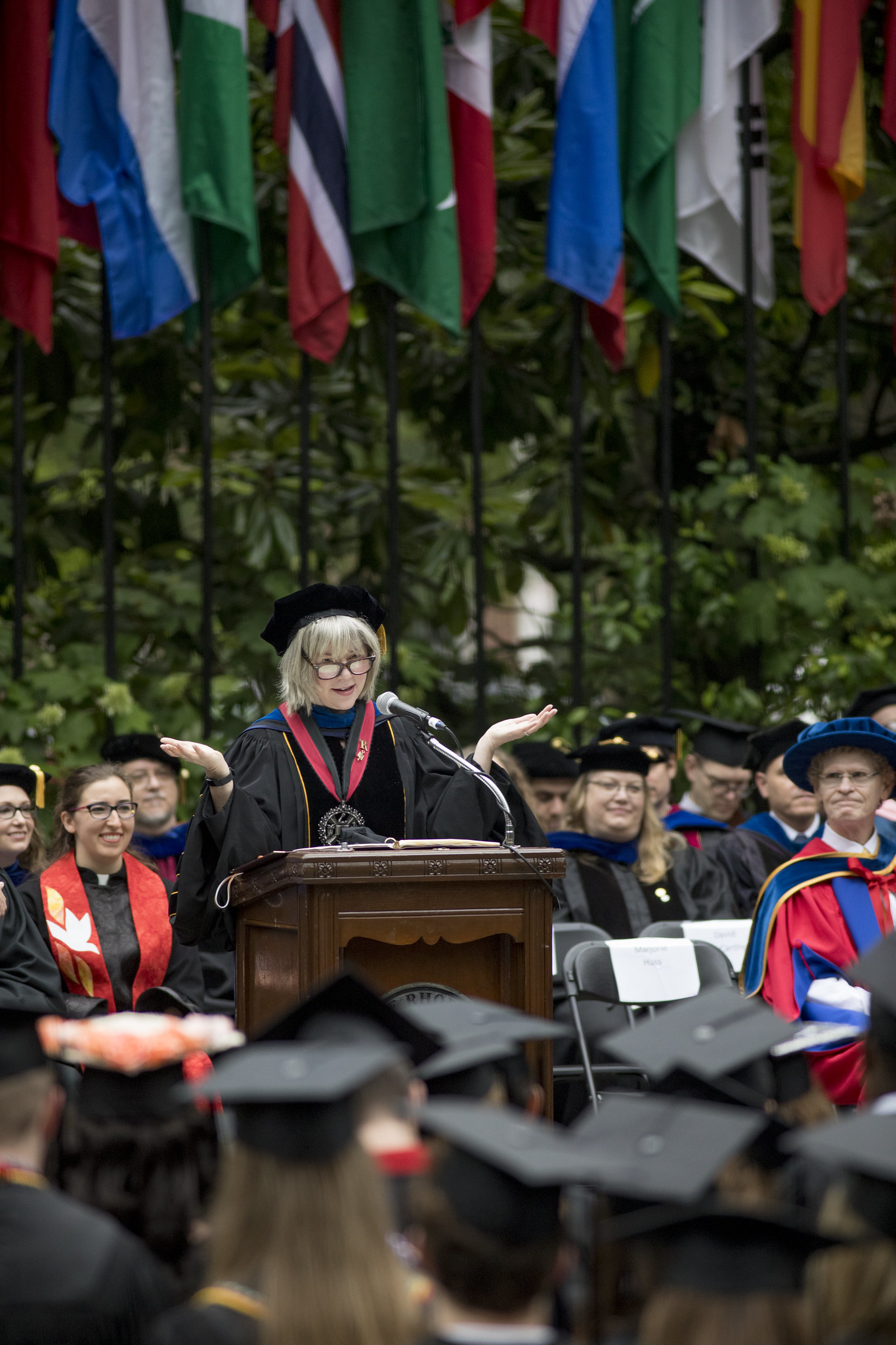 Just six months after arriving in Memphis, the USA Today Network – Tennessee named Hass one of the “18 Tennesseans to Watch in 2018.” In her first year as president, Hass secured a transformational gift to the Lynne & Henry Turley Memphis Center that more than doubles the college’s investment in community partnerships. In addition, she supervised the launch of a new master’s degree in urban education, and began an inclusive strategic planning process that charted the college’s course for the next decade.

“Rhodes excels in the holistic relationship of students studying and serving as junior apprentices in the work of scholarship, of developing a mind. That, to me, is the absolute pinnacle of what a liberal arts education can offer a student,” she says.

Hass is a trained philosopher and long-time faculty member. She spent more than 16 years as a member of the faculty and administration at Muhlenberg College in Allentown, PA. She joined the college in 1993 as an assistant professor of philosophy, rising to the rank of associate professor in 1998 and full professor in 2005, winning recognition for her teaching along the way. She was the director of the Center for Ethics from 2000-03 and served as interim dean of the faculty and vice president for academic affairs in 2003-04. Hass was appointed provost in 2005, a position she held until she was named president of Austin College in 2009.

While serving as president of Austin College in Sherman, TX, Hass paired a strong vision for its future that included a culture of academic excellence and a commitment to educational access for talented students regardless of financial background, with a strategic approach to securing the resources needed to achieve that vision. Her accomplishments include considerable growth in the size and strength of the college’s applicant pool as well as increased retention; major steps to improve the environmental sustainability of the institution; and a significant improvement in the college’s financial position.

“The value of what we do lies in what we send out to the world in the form of incredibly well-prepared students and students with not just the passion, but the skill, to make a real difference as leaders,” Hass says.

Hass holds a bachelor’s, master’s, and doctoral degree in philosophy from the University of Illinois, Urbana-Champaign. Her husband, Dr. Lawrence Hass, was a professor of humanities at Austin College and a former professor of philosophy and theater arts at Muhlenberg College. He also is an internationally celebrated sleight-of-hand magician and teacher of magicians. Together, they are the parents of Cameron and Jessica.