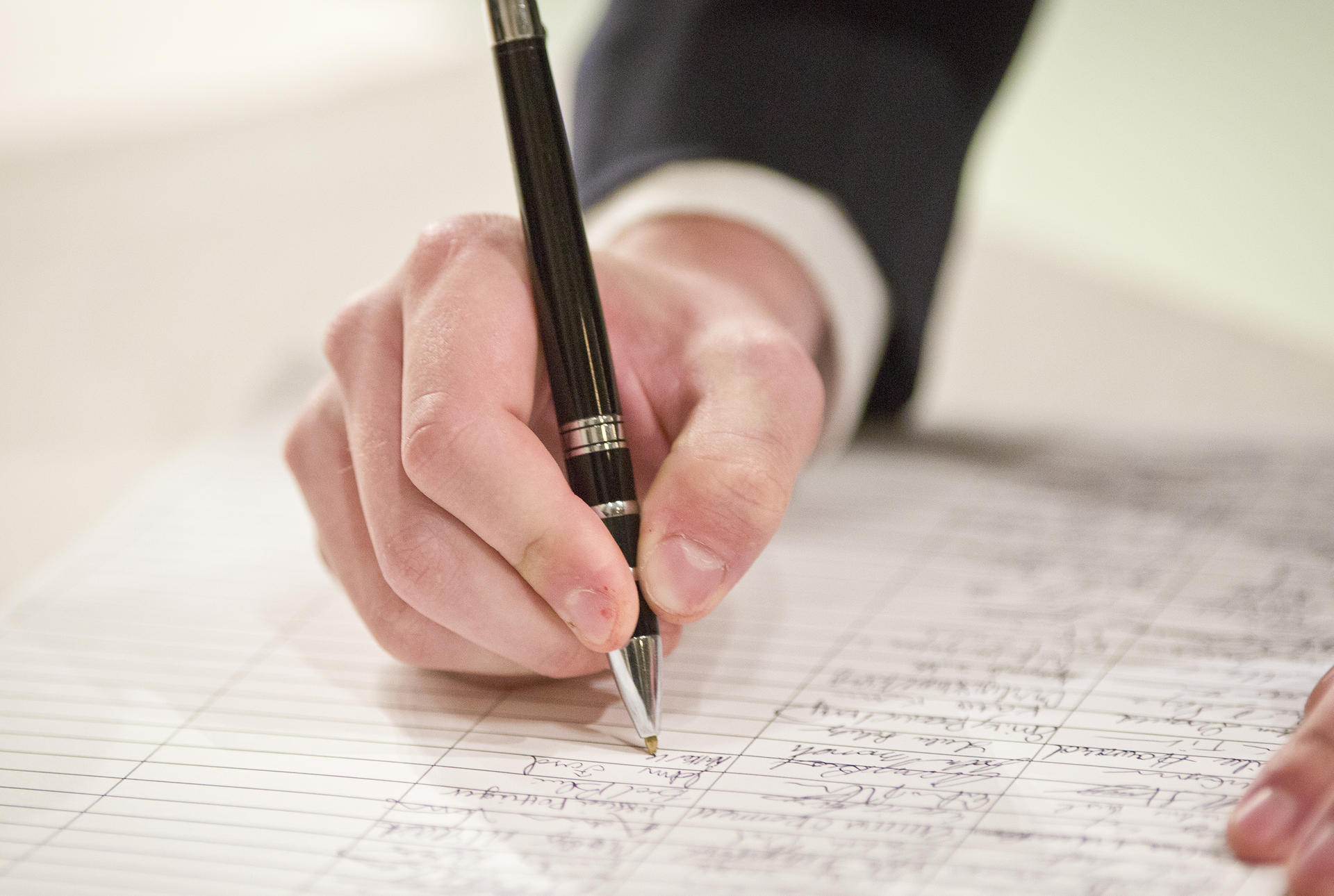 As a college with more than 165 years’ worth of history, Rhodes is home to a wide range of traditions. And with each new generation of students that passes through our halls, new traditions are established and embraced.

The Honor System
For more than a century, the Rhodes Honor System has encouraged students to fully express their individuality, while living in harmony with the broader community. Every fall, our first-year students participate in a solemn ceremony, where each signs a pledge to not lie, cheat, or steal, and to help create a community where respect and compassion for others are valued and embraced.

President Diehl′s Statue
President Diehl, who was president when the school was moved from Clarksville, Tennessee, to its current location in Midtown Memphis, is commemorated by a larger-than-life statue in Diehl Court. Once—after a basketball game against our rival, The University of the South—Dr. Diehl's statue was seen wearing the costume head of their mascot.

Oak Alley
After the college moved to Memphis, college engineer John Rollow brought seedlings from the famous oaks on the former campus to Memphis where they were planted in two rows, flanking the “ceremonial” entrance to campus.

The Rhodes College Seal
The Seal of Rhodes College is located in the Cloister of Southwestern Hall. Tradition holds that if a student steps on the seal, he or she will not graduate on time, if at all. The senior class finally gets a chance to cross the seal during Commencement.

Graduation in Fisher Garden
Seniors have historically graduated in Fisher Garden, a quiet, open space in a grove of trees. When the garden isn’t full of seniors throwing their caps in the air, you’ll find many students enjoying some quiet time there.

"The Rat"
The primary cafeteria on campus, the Catherine Burrow Refectory, is affectionately known by students as "The Rat." No reflection on the quality of the food, the name has several different stories attached to it. One of them stems from a group of cafeteria employees who started an intramural sports team. They called themselves the Rat Pack, which students shortened to The Rat. In honor of the Rat’s name, there is a small statue of a rat outside the dining hall.

Pancake Study Breaks
Every semester during exams, faculty and staff cook enough blueberry and chocolate chip pancakes to feed any students who need a break from studying. Everyone from college deans and directors to staff and professors volunteer for the evening.

Halliburton Tower
Halliburton Tower is dedicated to Richard Halliburton, a native Memphian and adventurer said to be the model for Indiana Jones. His exploits took him all over the world and included being the only person to swim all 50 miles of the Panama Canal.

Whiteball
The Whiteball Court, located on the west side of Gordon White Residence Hall, has been for decades a favorite site for alumni and current students to play a version of handball using the slate roof of the passage connecting White Hall to the Refectory.