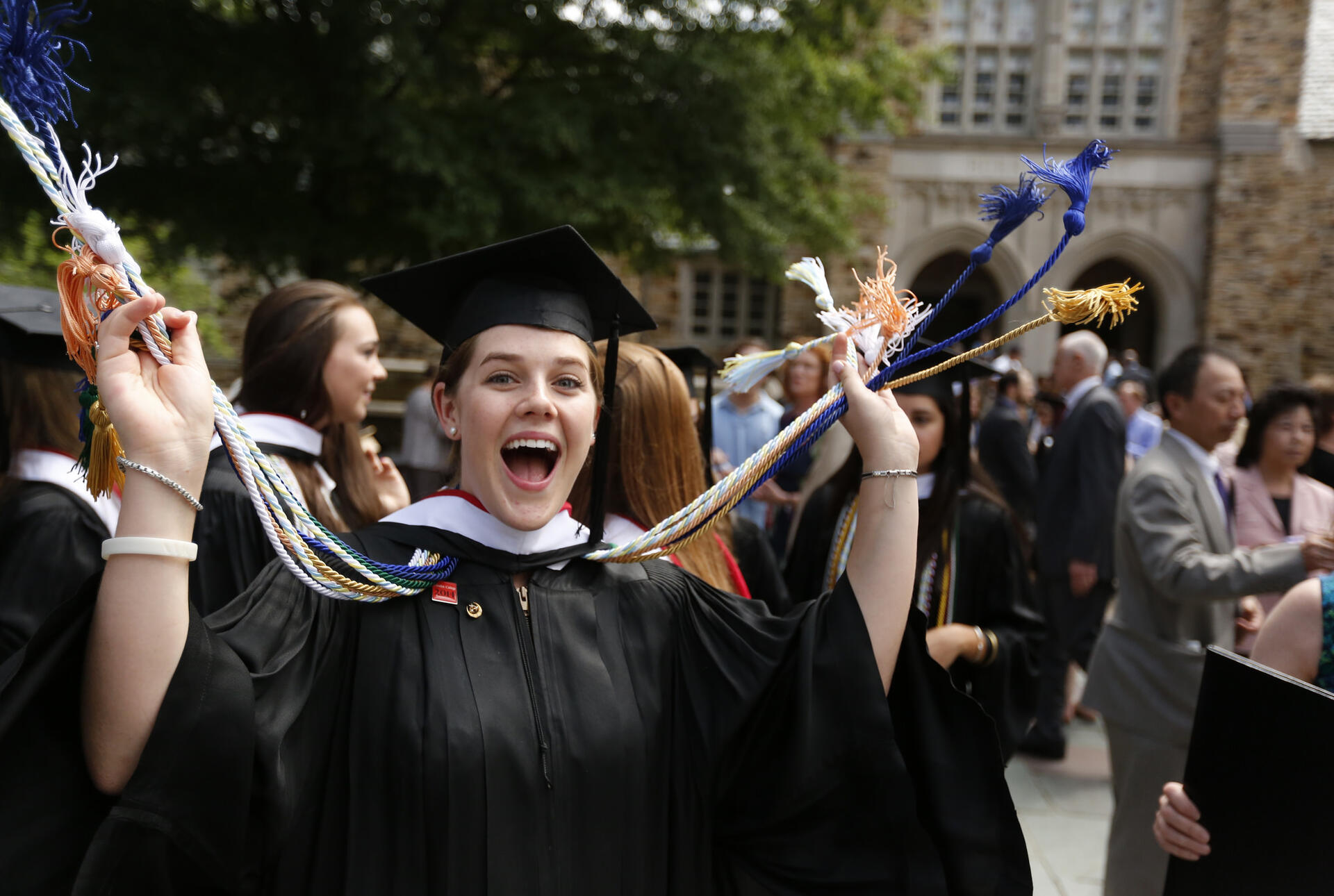 Measuring Undergraduate Student Achievement
Rhodes offers two undergraduate degree programs: the Bachelor of Arts and the Bachelor of Science. Given the expectations stated in the Rhodes Vision, and the long tradition of quality liberal arts education at Rhodes, the college continually evaluates student achievement using a range of measurements, including the following:

Measuring Graduate Student Achievement
Rhodes offers one graduate degree program: the Master of Science in Accounting. Student achievement is demonstrated by the high pass rates on the Certified Public Accountant (CPA) exam compared to the national average and by the excellent job placement rates of the graduates.

By the Numbers – Undergraduate and Graduate Student Achievement
Average academic profile for the entering class over the past five years:

Rhodes’ average graduation rate over the past five years is 76 percent.

Of those members of the classes of 2016 applying to graduate/professional schools, 86.8% reported that they were accepted by their first-choice school. The overall acceptance rates for different programs (M.D., M.B.A., J.D. and others) far exceed the national average.

All 12 of the 2013-14 Master of Science in Accounting graduates secured employment within three months of graduation, continuing the 100 percent placement record of the program since its inception. Additionally, since 2009, 100 percent of the students entering the program have graduated. (Since the commencement of the program 22 years ago, 356 of 357 students who entered the program graduated.) The first-time pass rate on the CPA exam for Rhodes Master of Science in Accounting graduates is 70.8 percent, which is nearly 10 points higher than the national average.

Rhodes is in the top 10 percent of all U.S. baccalaureate colleges for the percentage of our students who earn Ph.D.s in the sciences. We are among the top five in the Southeast.

Rhodes is ranked 15th in the nation for the number of physics majors who have gone on to receive a Ph.D. degree in physics or astronomy.

Rhodes is in the top six percent in the nation as the undergraduate source of psychology Ph.D.’s.

Since 2000, Rhodes students have won:

A sampling of corporations, companies & organizations that hired members of the Classes of 2016