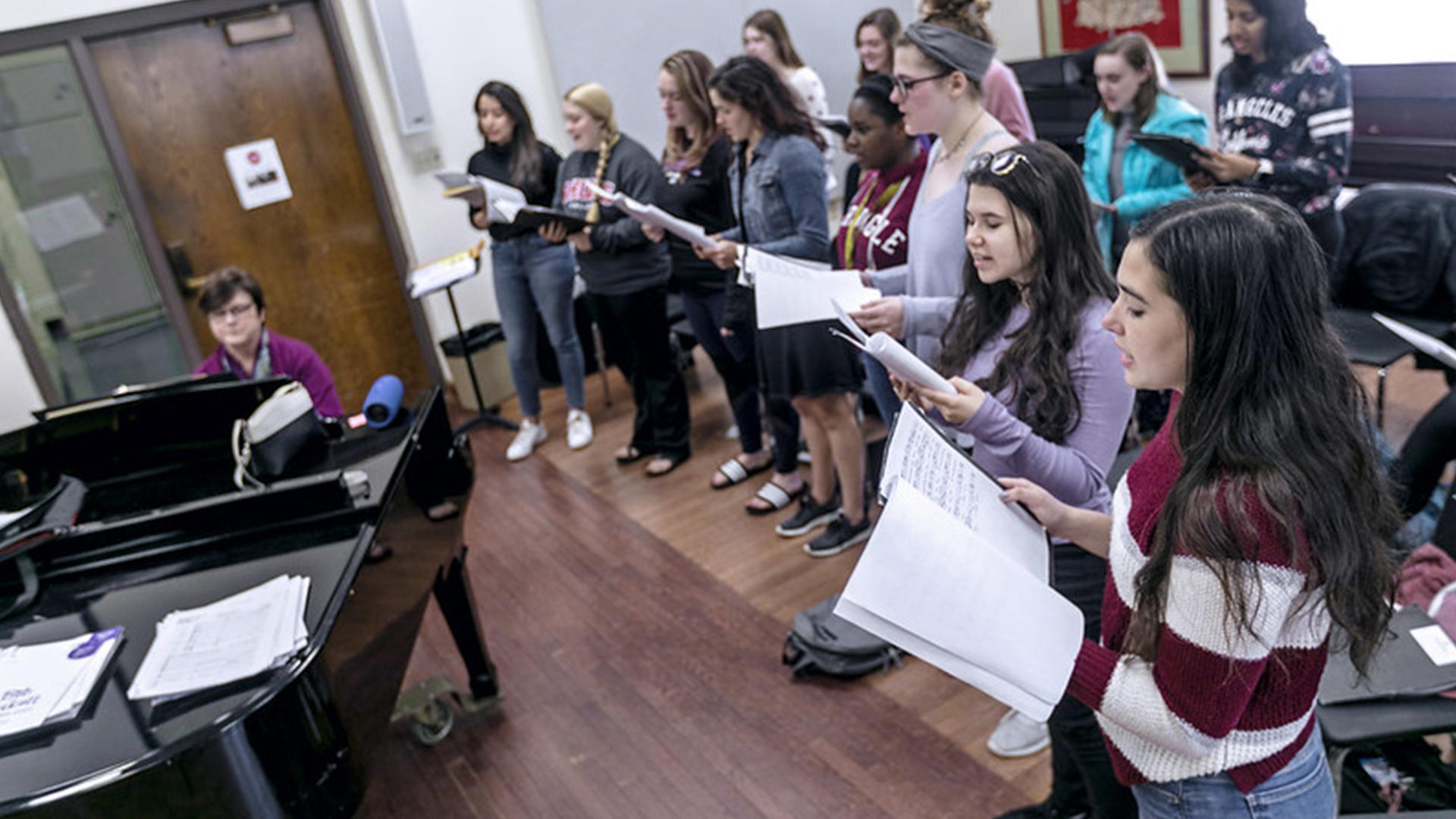 Rhodes Women's Chorus was founded by Dr. Diane Clark, and was under the direction of Dr. Mona Kreitner from 2003-2017. Since Fall 2017, Dr. Ellen Koziel has been the director. Under her leadership, the Chorus has participated in the Fall Choral Showcase and Rhodes Department of Music Homecoming Collage concerts. The Chorus has also enjoyed collaborations with adult and children’s choirs as well as local choral and instrumental ensembles. They recently performed with the Rhodes MasterSingers Chorale and Memphis Symphony Orchestra in the World Premiere of Robert G. Patterson’s Requiem. They collaborated with the choirs of Church of the Holy Communion to perform Forrest’s Requiem for the Living in November 2017, Fauré Requiem in November 2018, and in 2019, the Chorus had the opportunity to embark on a concert tour of local schools around Nashville, TN. The Women’s Chorus has been privileged to participate in master classes with noted American composers such as Stephen Paulus and Libby Larsen, and with internationally acclaimed recording artists Anonymous 4​.