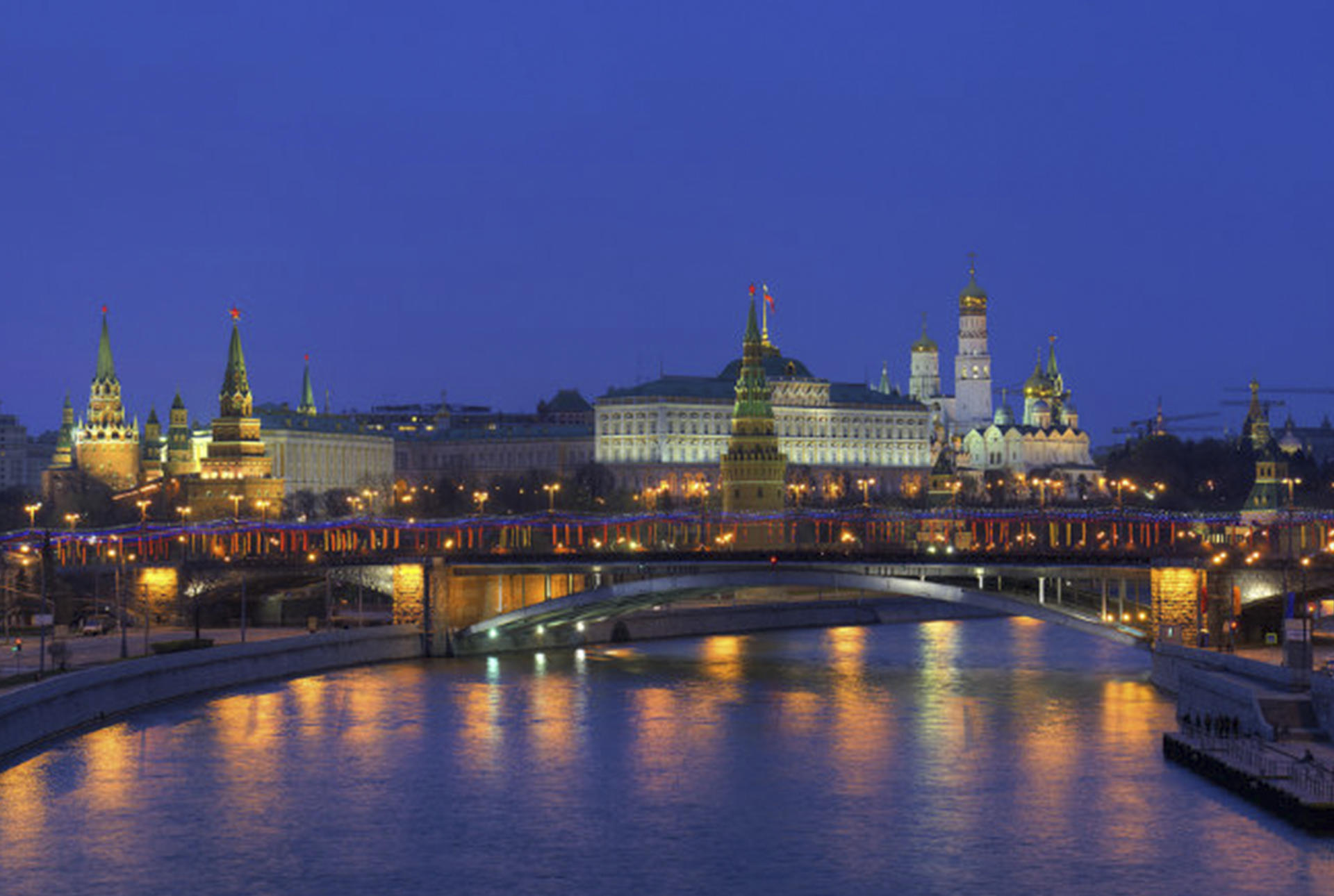 Russian is both an official language of the UN and one of the world’s most commonly spoken languages. It has been designated a “critical language” by the U.S. government, and has been identified as a repository language for world knowledge. Russian is widely used across much of the former Soviet Union and Eastern Europe, and is appearing increasingly in major cities in Western Europe and the U.S. Russian is the language of some of the world’s greatest writers, composers, artists, performers, and scientists.

Rhodes offers a Russian Studies major and minor and Russian Studies – IS bridge major. Students can participate in the Maymester in St. Petersburg, Russia (mid-May – mid-June of every year), Semester and Year Study-Abroad at Novgorod State University (Novgorod) and the Smolny Institute (St. Petersburg), the Rhodes Chapter of the National Slavic Honor Society (Dobro Slovo), and the Russian Club.

Article I. Name of the Organization

The name of this organization shall be the Русский клуб/Russkii Club of Rhodes College.

The purposes of this organization are as follows:

Article III. Membership in the Organization

Section 1
The faculty advisor shall be chosen from the ranks of the Rhodes College faculty.

Section 2   President
The duties of the President are as follows:

Shall head the Publicity Committee, responsible for notices of the club’s meetings and events.

Section 6   Committees
The President shall call for new committees as the need arises.

Dobro Slovo
Dobro Slovo is the National Slavic Honor Society that serves as a means for the recognition of academic excellence in the study of Slavic languages, literature, history and culture. There are over 130 local chapters nationwide with a total membership of over 6,000.

Study Abroad
The Summer Intensive Study Program in Russia offers three and a half weeks of courses in Russian Language (taught in Russian at all levels), several excursions in the city, with an opera and/or ballet performances; and a trip to Novgorod. Students live in two-room suites in a students’ dormitory. Rooms are furnished and have a separate bathroom. Transportation to school and scheduled events is provided by the host institution.

May is a fascinating month in the city of St. Petersburg. A celebration of the city’s anniversary takes place, which features an international band parade down Nevsky Avenue, an orchestral concert and ball on Palace Square in front of the Hermitage, and fireworks on the banks of the Neva River. In addition, the city’s famous White Nights develop during this time, reaching their peak in mid-June.

The host institution, the Gornyi Institute of St. Petersburg, has a venerable history: it was founded in 1773 by Catherine the Great. It represents one of only three Russian universities that have been declared a “national treasure” by the Russian government. The Gornyi Institute is well-known in the Russian departments in the U.S., for it offers excellent facilities for the instruction of Russian and attracts the finest teachers of Russian from all over the world.

More information about study abroad programs is available at the Buckman Center for International Education.

Students Comment on Their Experiences
“For me, Summer Intensive Study Program in Russia provided many new and enjoyable experiences. I loved sitting underneath the Baltika tent with my fellow classmates, devouring shashlik while enjoying the beautiful nighttime view of the Gulf of Finland. … While touring the exquisite rooms of the Hermitage, I viewed original works from Da Vinci, Rembrandt and Picasso. My first visit to the circus was in Moscow and my hands ached afterward from gripping my seat in nervous anticipation when the acrobats swung precariously from trapezes. Participating in the Russia Maymester was extraordinary and I hope that someday I will be able to return to the “motherland” once again!” Jera Bradshaw (Summer Intensive Study Program, 2004)

“Although the St. Petersburg weather was less than desirable, I had an incredibly enriching experience. … I feel that the program gave the invaluable ability of practicing my language … in an immersed environment. From attending language and politics classes to going on an epic quest for five-ruble coins to befriending young Russians in a bar/tent, Summer Intensive Study gave each of us the experience of interacting with Russian society and culture. … I laughed with two young filmmakers at two in the morning outside Red Square.  I made a new friend with a published Russian poet on a train to Moscow.  I smiled as a postal worker referred to me as “comrade.”  I only wish that I could have spent more time there, and I intend to in the future.” Logan Wheeler (Summer Intensive Study Program, 2004)

Six Rhodes students participated in the Russian Maymester in St. Petersburg in the summer of 2008, three in the summer of 2009. They took classes in the Russian language and literature, enjoyed sightseeing, two ballet performances, numerous museum visits, and a trip to Novgorod.  Here are some pictures. If you are interested, contact Prof. Alexandra Kostina at kostina@rhodes.edu or x3991. 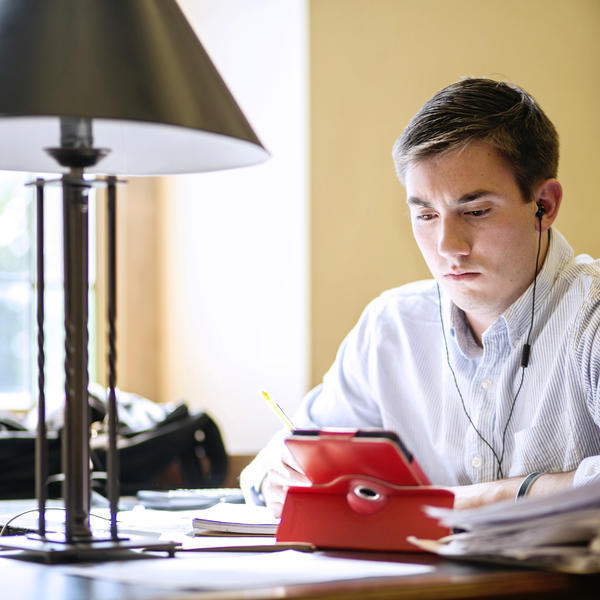 Seniors Carley Jo Goggans and Fonda Lilly Wilkinson Win Fulbright U.S. Student Awards
Rhodes seniors Carley Jo Goggans and Fonda Lilly Wilkinson have been selected to receive Fulbright U.S. Student Awards for the 2022-2023 academic year. They will serve as English Teaching Assistants in their assigned countries—Goggans in Estonia and Wilkinson in Germany—beginning in the fall. The Fulbright Program is the flagship international educational exchange program sponsored by the U.S. government and is designed to increase mutual understanding between the people of the United States and the people of other countries.
Read More From Siberia to San Antonio: Emily Perry ’19 Explores Russian Literature
For senior Emily Perry, it was the fulfillment of a lifelong ambition when she spent the fall of 2017 in a small Russian city just north of the Mongolian border, studying Russian literature and economics.
Read More The Rhodes senior is pursuing a double major in international studies and Russian studies. “While in Kazakhstan, I will further examine how this Central Asian republic, with two official languages, intends to implement English language programs as part of its ambitious development goals,” he says.