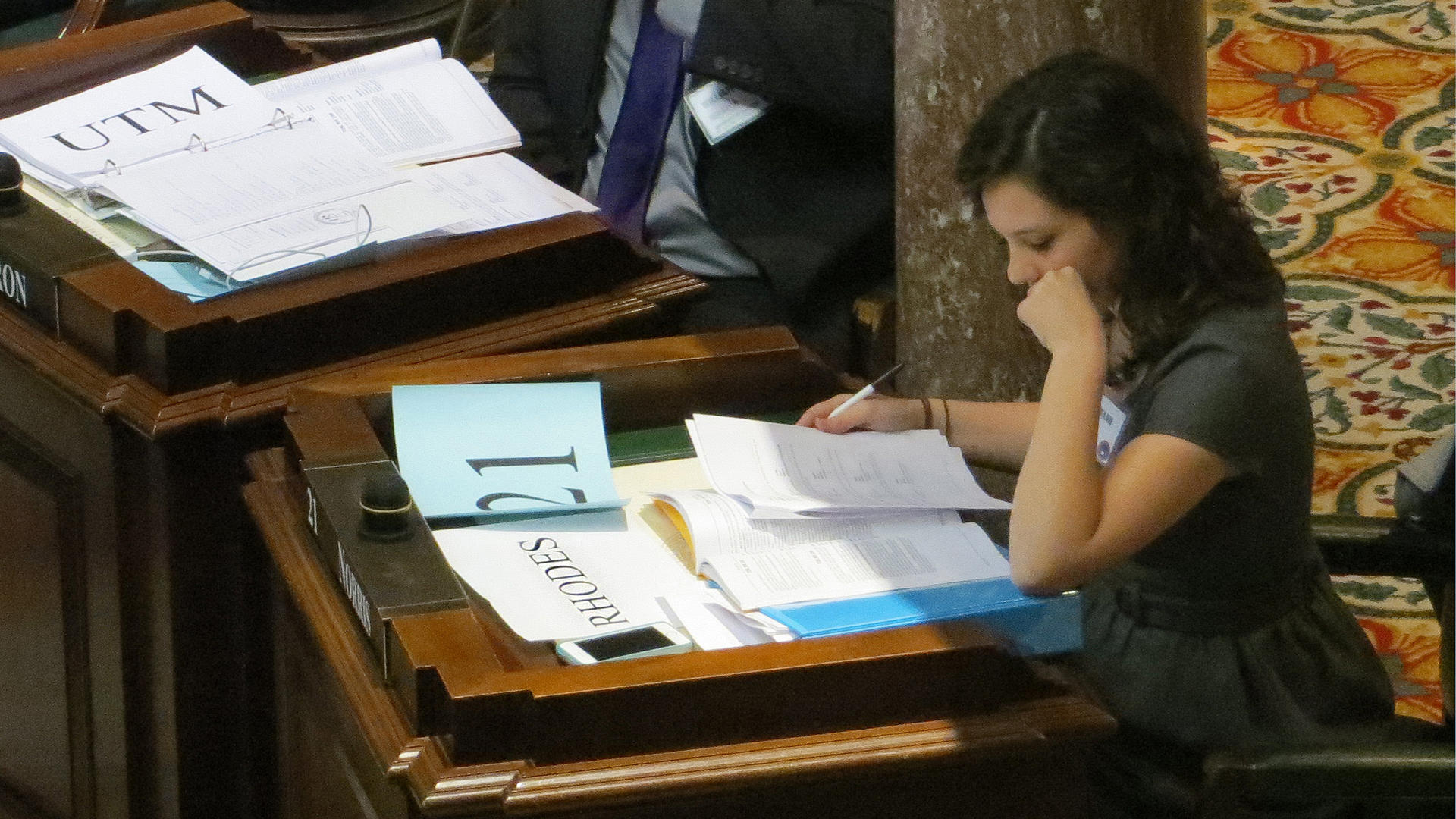 The Tennessee Intercollegiate State Legislature (TISL) is a forum for students to exchange ideas, express their opinions, and learn how government works. TISL's Senate and House of Representatives, which first convened in 1966, meet in the legislative chambers of the State Capitol each November. The judicial branch of TISL is the Tennessee Intercollegiate Supreme Court, which presides over the Appellate Moot Court Collegiate Challenge (AMC3) at the same time the TISL legislature is meeting. AMC3 is a moot court competition for non-law students. Colleges form teams of two to five members to prepare a brief and argue for the petitioner and respondent before the Court. Producers, editors, and reporters of TISL Media communicate in a variety of ways about events at TISL. Current initiatives include videos, a printed newsletter at the General Assembly, blogging, and Twitter. Student officers, selected by their peers, play a primary role in running TISL programs throughout the year.

In 2011, Rhodes College sent its first delegation to the Tennessee Intercollegiate State Legislature under the leadership of faculty advisor Professor Stephen Wirls and student Betsy Swann. Since then, the Rhodes delegation has passed legislation, competed in the Appellate Moot Court Collegiate Challenge, lobbied on behalf of bills, participated in TISL media, and elected Rhodes students as leaders of the organization.

Rhodes TISL gives students the ability to learn more about government and law by preparing legal briefs and legislation, running for office, and practicing lobbying and journalism skills. The program culminates in a four-day general assembly in Nashville, Tennessee, each fall.

To learn more about TISL at Rhodes, including past delegations and their achievements, please visit the TISL microsite.

For more information about the state-wide organization, please visit them online at Tennessee Intercollegiate State Legislature.

To get in touch with the Rhodes TISL delegation, please visit their organization page on Presence.