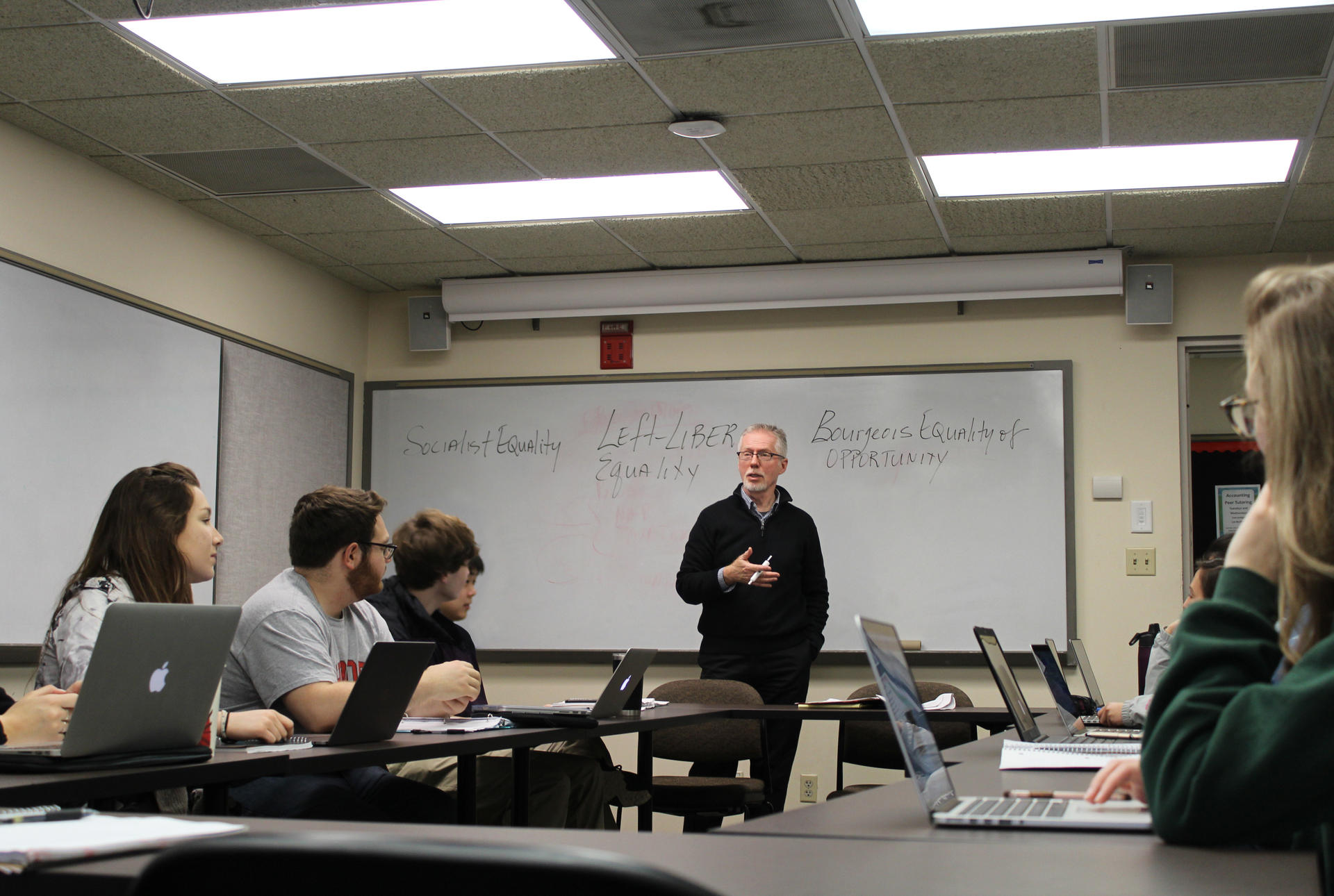 The Philosophy, Politics, and Economics (PPE) major offers students a rigorous and coherent interdisciplinary program of study that explores the complex of intersections between these three bodies of thought. Their essential contributions to understanding the principles and practice of a just and thriving political and social order was recognized by Plato and explored by, among others, Aristotle, St. Thomas Aquinas, John Locke, Adam Smith, Karl Marx, John Maynard Keynes, John Rawls, Milton Friedman, Deirdre McCloskey, Amity Shlaes, and G. A. Cohen.

The intersections are evident in most political issues and problems. The organization of economic life raises philosophical questions about justice, liberty, and equality that the discipline of economics cannot, by itself, answer. Similarly, political life confronts both moral and practical questions concerning efficiency, equitable distribution of wealth, and the preconditions of sustainability and prosperity that political science cannot, by itself, answer. The different answers to these questions fundamentally affect human well-being.

In PPE courses, you will study many of ground-breaking works that laid the foundations for economic and political systems throughout the world. There are profound differences between these works, and a central objective of the program is to explore the competing arguments and visions.

Some topics and issues we explore in our courses: Six Seniors Inducted Into Rhodes College’s Hall of Fame
Six seniors’ portraits will be added to Rhodes College’s Hall of Fame on the second floor of Southwestern Hall. They are John Howell, Mariam Khayata, Karrington Knight, Brandon Lemus, Ava Mitra, and Rebecca Winchester. Selection to the Hall of Fame, which was established in 1931, is based on individual merit, leadership in student activities, service to others, and overall contributions to the campus community. Honorees are chosen by their peers.
Read More Rhodes Students Win Critical Language Education Program Boren Scholarships
Three Rhodes College students are among undergraduates recently selected to receive the prestigious Boren Scholarship, which funds study abroad with the goal of immersing students in a language critical to U.S. national security interests. Keira Larson ’21 will study Arabic in Jordan, as will James Blan ’23 in the United Arab Emirates. Thomas Cloyd ’22 is going to Azerbaijan to study Turkish. Sponsored by the National Security Education Program and administered by the Institute of International Education, the Boren Scholarships provide up to $25,000, depending on the duration of overseas study.
Read More