Erin Harmon was raised in the suburbs of Southern California, where the natural desert was sated by hundreds of miles of aqueducts to produce obsessively groomed lawns. After graduating from San Diego State University with a BA in Studio Art, she received an MFA in Painting from Rhode Island School of Design. Erin currently lives in the fertile Tennessee Delta, where kudzu and coal sludge can swallow everything in their path. She has exhibited her work nationally in both group and solo exhibitions at venues including Field Projects, NY; Sarah Doyle Gallery, Providence RI; Atlanta Artists Center & Gallery, Atlanta GA; the Brooks Museum of Art, Memphis, TN; and the Attleboro Arts Museum, Attleboro, MA; and LAUNCH Gallery, LA. Erin has been invited to produce commissions for organizations including Ballet Memphis, The Women’s Foundation of Greater Memphis, and the Memphis in May International Festival. Currently she holds the James F. Ruffin Chair of Art at Rhodes College and is a founding member of Tiger Strikes Asteroid Los Angeles.

My work dwells in the twilight zone between painting and sculpture, always vacillating between real and unreal, object and place. Influenced both by a previous body of cut paper collage and techniques common to theatrical painters, in 2018 I began creating architecturally scaled, cut paintings and animations that function as sites for events or performances. The scale and immersive quality of this work provides a world the viewer can inhabit both physically and mentally. The experience of occupying these invented spaces has a magical quality. Rather than imagine themselves there, viewers are reminded of their own body, creating a sensation purely about visual and tactile pleasure, even while confronting the qualities of un-nature. Both the eye and the body at large are taken over in perceptual ways as the pictorial field is blown away to encompass the peripheral. This exerts control over the viewer as actor, prescribing ways to look at and move through the spaces and vignettes. While I still think of these works as paintings, they are also related to installation. The areas of slippage between modes (landscape and object, painting and sculpture, the gallery and the stage) are where I seek to invent and reinvent while elbowing at the edges. Even the act of making the painted canvas works, due to their scale, becomes performative. They must be stood on while being made, which posits me, the artist, literally in the painting as a figure in my own landscape. Once cut, the painted muslin shapes are sharp and graphic, calling attention to their drawn-ness but the looseness of the paint gestures on the surfaces is a record of my entire body physically interacting with large quantities of paint. Materials and processes establish fantasy, illusion, and the interplay between flat and not-flat while building an alternate Utopic world. 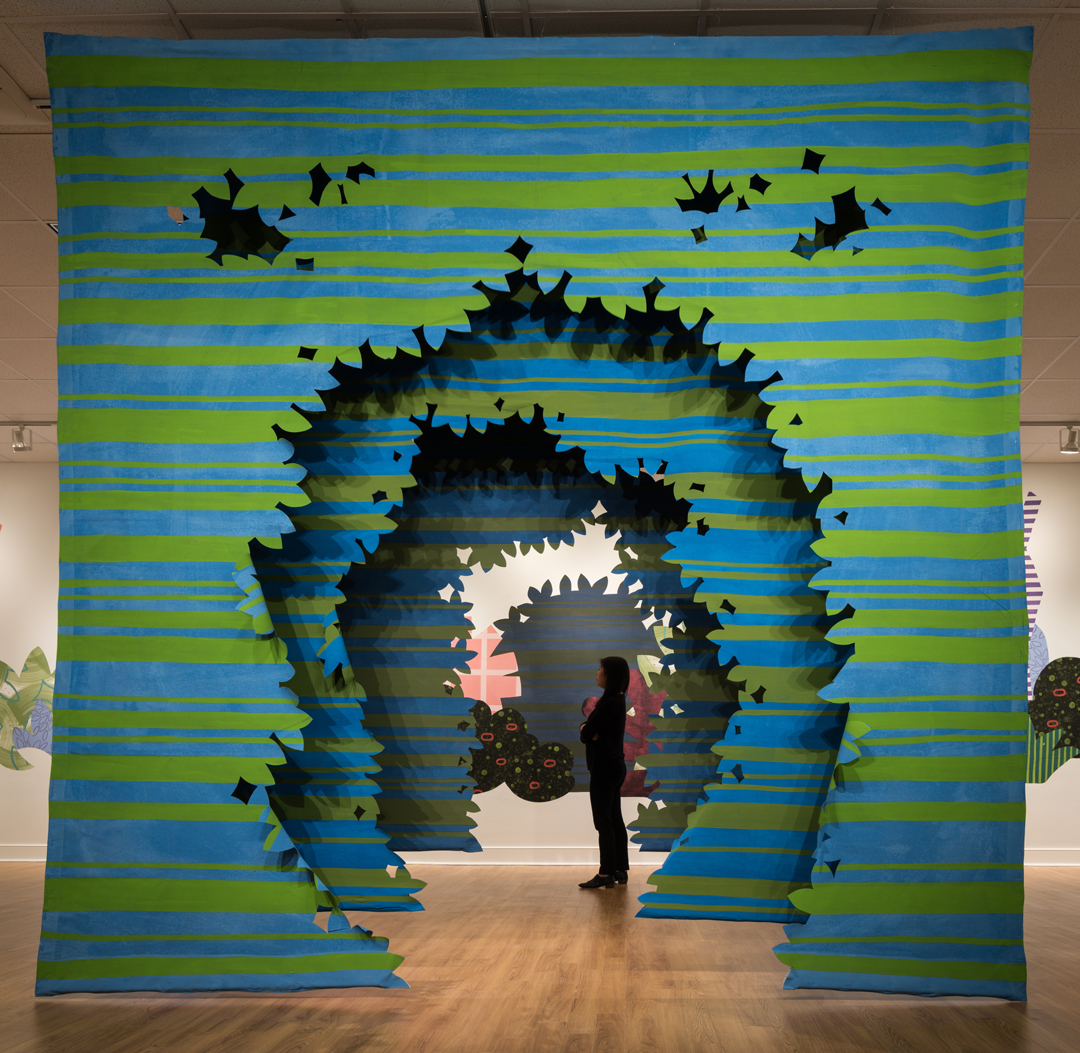 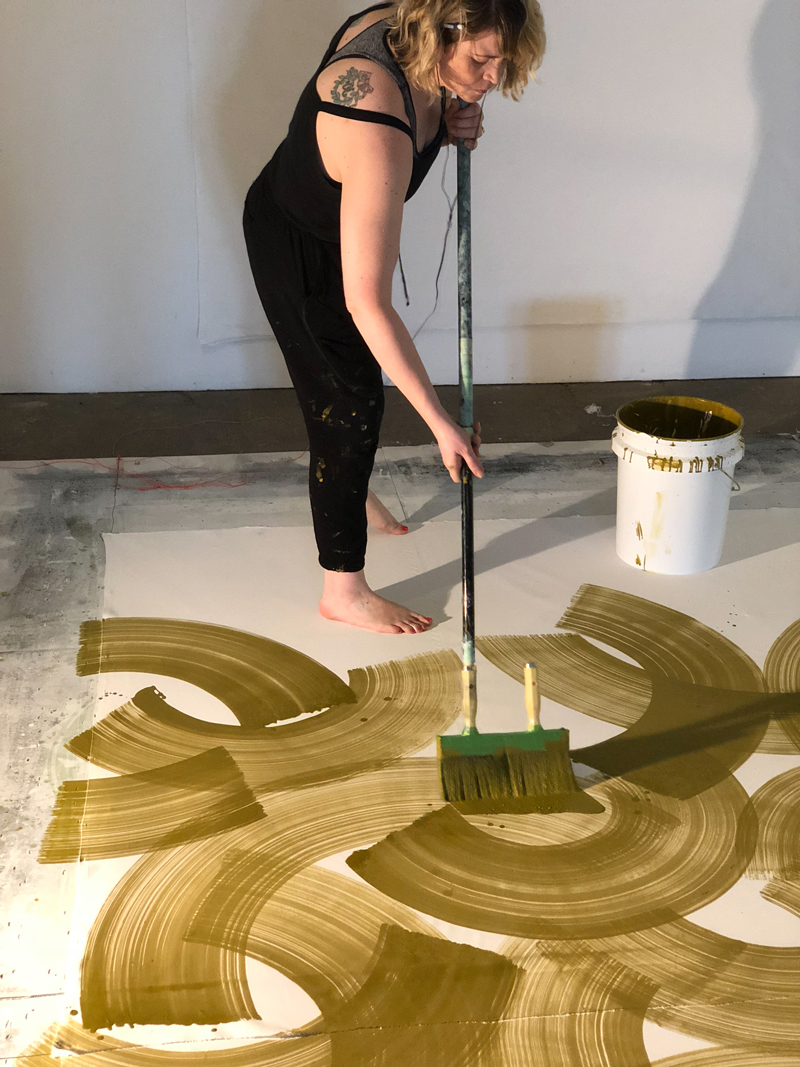