I offer courses on comparative politics, Latin American politics, US-Latin American relations, social movements, gender and politics, and research methods. My courses emphasize critical thinking and expression: students are asked to make reasoned judgments about complex social and political problems by weighing a variety of contending perspectives. Students who enroll in my classes also have the opportunity to cultivate their own interests through independent research. It is my sincerest hope that they will develop a passion for international politics that endures long after the semester has ended.

In 2019, I received the Clarence Day Award for Outstanding Teaching (Rhodes Honors Professors Amy Risley and Michael LaRosa With Clarence Day Awards for Outstanding Teaching and Research). Prior to that, I was awarded a Mellon Faculty Innovation Fellowship to develop a community-engaged course on activism and advocacy. The course investigates urban social movements that have emerged both within the US and overseas. Students who enroll in the class volunteer in local organizations and, in the process, learn about their rights and responsibilities as citizens.

I am a big supporter of interdisciplinary learning. I therefore contribute to Urban Studies, Gender and Sexuality Studies, and Latin American and Latinx Studies.

The central themes of my research are activism, human rights, and democracy. I have an enduring interest in the advocacy efforts of civil society groups and the broader political implications of their actions. My most recent book, The Youngest Citizens, traces the evolution of children’s rights in Latin America and analyzes a dramatic discursive and policy shift that has occurred since the 1990s. The study discusses the UN Convention on the Rights of the Child, child advocates’ sustained efforts to influence domestic policy, and pressing issues such as child labor, child soldiers, child sexual exploitation, and unaccompanied child migrants. More information can be found here:
https://www.routledge.com/The-Youngest-Citizens-Childrens-Rights-in-Latin-America/Risley/p/book/9781138745438

My first book, Civil Society Organizations, Advocacy, and Policy Making in Latin American Democracies: Pathways to Participation, investigates civil society involvement in policy making and identifies successful issue framing and effective alliance building as important "pathways" to participation. In some cases of policy making, members of NGOs and other groups shape the agenda, provide analysis, collaborate with government officials in the formulation of policy, and pressure lawmakers to adopt reforms. These activists do not merely respond to existing "political opportunities;" they create opportunities for participation. The book offers the first analysis of alliance building and framing that spans three different issue areas and three countries. For further details, visit http://www.palgrave.com/us/.

My studies of activism on behalf of children, the environment, greater transparency and freedom of information, and human rights in Argentina, Chile, and Uruguay have also appeared in several journals and edited volumes. Another area of inquiry in which I am engaged is gender and politics. I have published on gender violence and sex trafficking, for example. I have been awarded the J.S. Seidman Research Fellowship, a Creative Advance Planning (CAP) Mellon Study Leave, an American Political Science Association (APSA) Small Grant, and a Faculty Development Endowment Grant.

I am a member of Phi Beta Kappa at Rhodes. I proudly hail from Madison, WI but have also enjoyed living in Buenos Aires, Santiago, Madrid, New York City, and Austin. My interests include traveling, listening to music, and watching films and documentaries. Above all, I love spending time with my family.

“America Will Not Tolerate Slave Traders: Anti-Trafficking Policies and US Power.” Journal of Women, Politics & Policy (2015).

“The Power of Persuasion: Issue Framing and Advocacy in Argentina.” Journal of Latin American Studies (November 2011).
“From ‘Perverse’ to ‘Progressive’?: Advocating for the Rights and Well-Being of Argentina’s Children.” International Journal of Children’s Rights (Vol. 19, 2011).

“Sex Trafficking:  The ‘Other’ Crisis in Mexico?” The Latin Americanist (March 2010).

“Trafficking and the International Market in Women and Girls.” In Women and Politics Around the World: A Comparative History and Survey, ed. Joyce Gelb and Marian Lief Palley, 2009.

“The Political Potential of Civil Society:  Advocating for Freedom of Information in Argentina.” The Latin Americanist (Spring 2006). 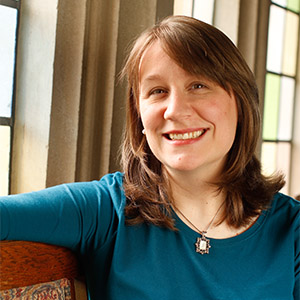