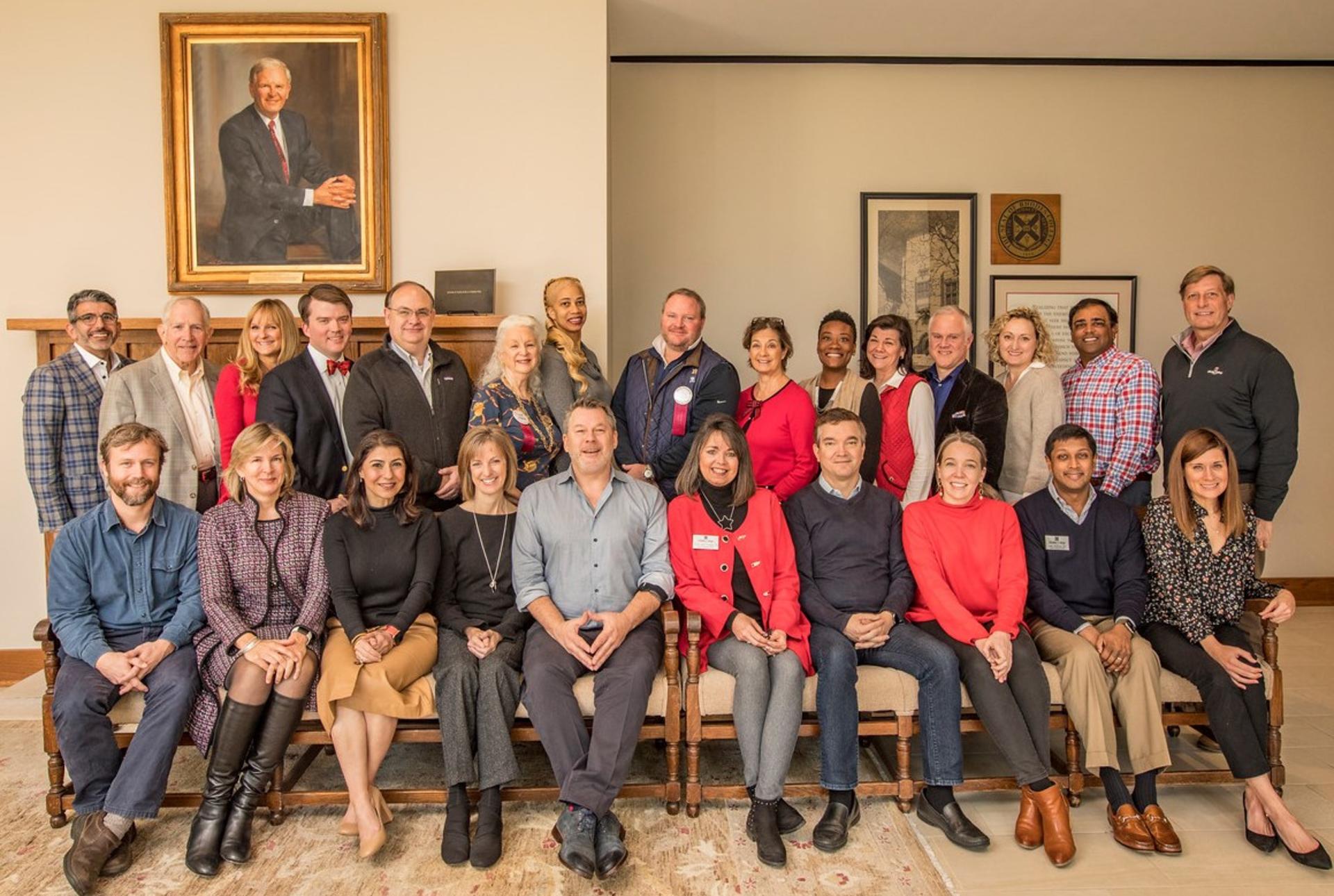 If you would like to nominate someone (or yourself) for the Alumni Association Executive Board, fill out the nomination form. For more information, contact the Alumni Office, alumni@rhodes.edu or 901-843-3845.

The AAEB meets in-person twice a year, once during Homecoming/Reunion Weekend and once in May during the week of Rhodes Commencement. There are also two one-hour virtual meetings throughout the year. Members are elected to serve three-year terms.

Qualified members are those who are engaged with the college and support the college’s efforts to recruit prospective students, expand the Rhodes career network, provide learning and professional opportunities to current students, serve as volunteers, and support the college financially.  AAEB members are expected to attend in-person and virtual events; enlist and encourage alumni support in career networking, student recruitment, and development; and to participate in major fundraising efforts such as the All Roads Lead to Rhodes one-day challenge.