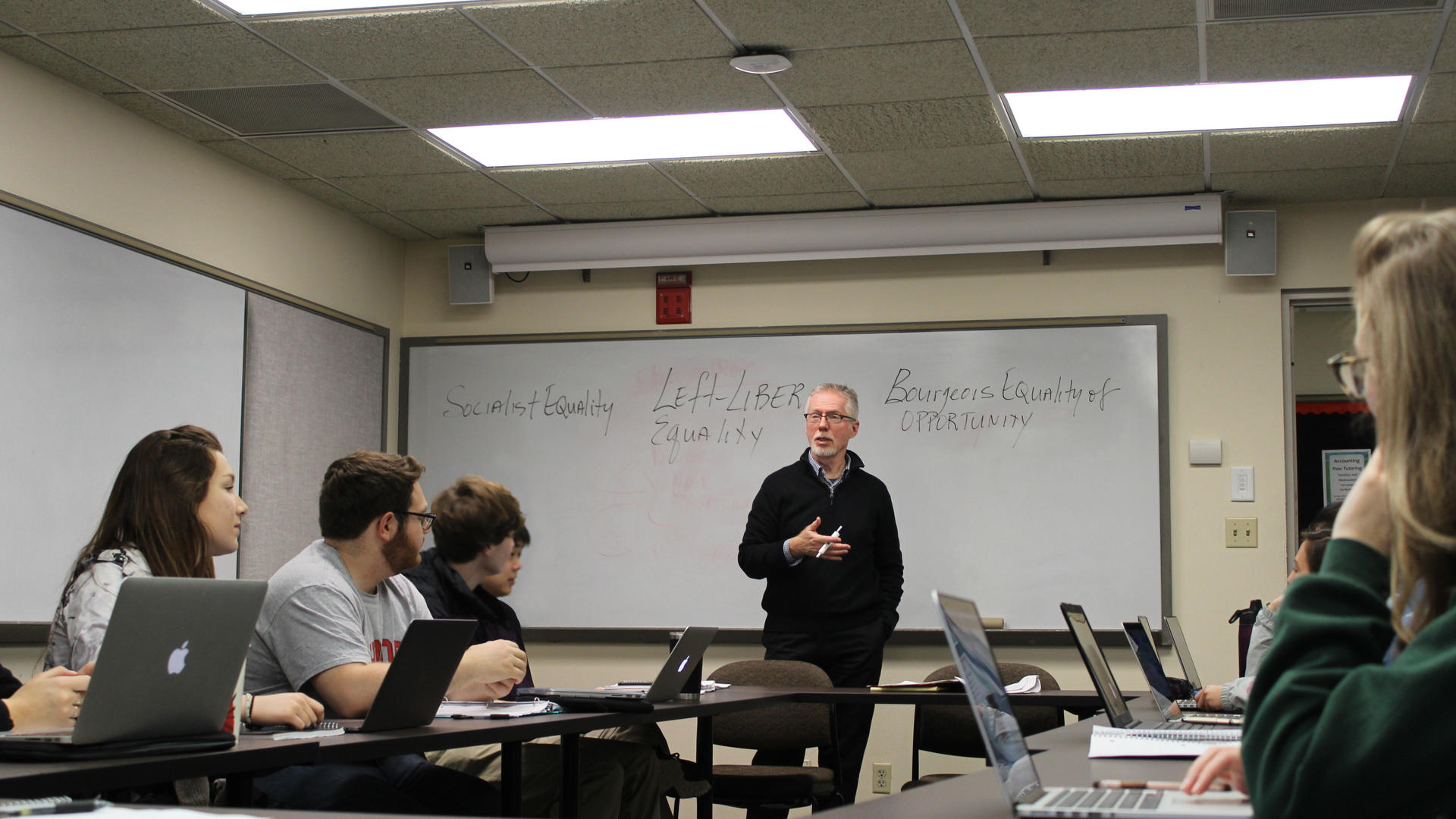 The centerpiece of the new Program in Political Economy is an interdisciplinary major. This major will entail the study of the important works which laid the foundations of economic and political systems throughout the world and the major critiques of those systems. We promote research and education by hiring well-known scholars who have specialized in the study of political economy, the history of economic thought, and the moral and political foundations of society.

The purpose of this program is to involve students in a direct and sustained study of the complex of moral and practical considerations, quandaries, and disputes that arise at the intersection of politics and economics. The program and the associated major will study the many ways that politics, principles, and economics interact in the formation of policy choices and actual policies. It will further look at the impact of political and economic choices on the prosperity and well-being of those who organize their society under various systems.

The program fosters the study of the moral issues of political economy such as:

Our goal is to understand those fundamental political and economic values of society through: critical analysis and initiatives; support of academic research in the social sciences; sponsorship of symposia and visiting professorships; and the granting of educational fellowships and scholarships. The Clayborn Temple Unites Rhodes Students Past and Present