What Can I Do with a GSS Minor? 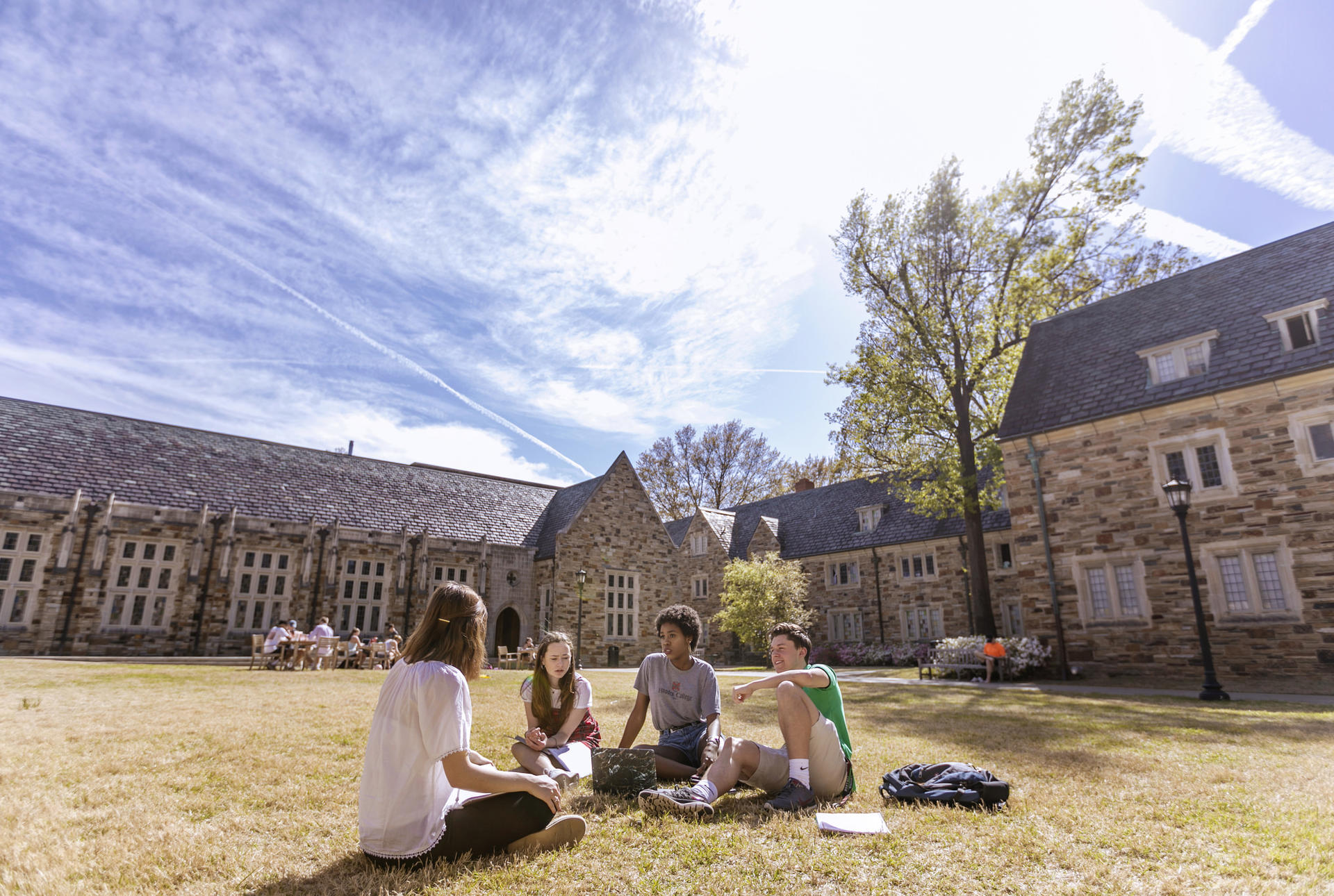 What can you do with a minor in Gender and Sexuality Studies?  Here are some of the things that our GSS alums are doing:

Sarah Bacot ’13 after spending a year traveling the world as a Watson Fellow, studying Queer Communities, Sarah completed a law degree at Harvard in 2018 and is about to begin clerking for a federal district judge.

Taylor Barnes-Gilbert ’09 earned a law degree from Marquette University and works as a staff attorney for the Eastern District of Wisconsin.

Sharde Chapman '10 earned her M.Div. at Union Presbyterian Seminary and is now a PhD candidate in Religious Studies at Rice University

Emily Clark '15) moved to Madaba, Jordan, where she teaches English and creative writing at King’s Academy, a private boarding school, and coaches JV volleyball, JV basketball, and lacrosse, and serves as the faculty advisor for the Literary Magazine.  Emily writes that “one of the coolest things I get to do is serve as the faculty advisor of the Feminist Club. This group of dedicated, spunky Arab teenagers is constantly questioning, challenging, and discussing the intersectionality between gender, sex, race, religion, and refugee status. Last year, we were the host of the only Women’s March in Jordan!”  In the meantime, Emily is working on her Masters in English at the Bread Loaf School of English at Middlebury College.

Diana Comes ’08 practices law in Memphis and was recently named the president of the Memphis chapter of the Association of Women Attorneys.

Ciara Conway-Hunter received her M.D. from the University of Rochester and is a resident at Vanderbilt University Medical Center.

Kelsie Cox ’13 graduated from Vanderbilt University in May 2015 with a Master of Education in Community Development and Action.   She works in community health, focusing on programs addressing children and teens.

Alex DiLeo ’16 works for a consulting firm that focuses on non-profit organizations.  In her spare time she volunteers for LGBT and women’s rights organizations.

Rin Elizabeth ’13 is a pursuing a PhD. at Vanderbilt University in Higher Education Administration.

Leah Ford ’15 worked for Planned Parenthood Greater Memphis Region (PPGMR) as the Volunteer Coordinator and eventually became the Community Engagement and Advocacy Coordinator. Currently she works as  an Administrative Assistant in Academic Affairs, where she works closely with the Title IX Coordinator and the Associate Dean of Academic Affairs for Diversity & Inclusivity.  In addition, Leah has served on the board of OUTMemphis (2015-2017) and Memphis Roller Derby as a volunteer Director of Education for the Memphis Full Spectrum Doula Collective.

Jamesha Hayes ’11 received her M.A. in Education from Christian Brothers University in 2013 and is now pursuing a Doctorate in Education at the University of Memphis.  Her dissertation research engages Black Feminist Theory to think about designing new curricula.  Jamesha is currently the director of the leadership program at Teach for America.

Anna Laymon ’11 is the Public Programs Manager for the National Woman's Party. She began working for the organization in June 2017, and started in her current position in October 2017. Anna has an MA in Women’s, Gender, and Sexuality Studies from the University of Cincinnati, and has worked in dynamic, women-centered and education-based nonprofits across the US. She brings many years of experience in programming, education, and nonprofit management to her role at the NWP, and is honored to be coordinating the collaboration between the NWP and the Women's Vote Centennial Initiative (WVCI) as we work together to celebrate the centennial of the passage of the 19th amendment and explore its relevance to the issues of equal rights today.

Jessica Lotz ’08 received her M.A. in Public Policy at Duke University.  She is the Director of Research and Performance Management for Shelby County Schools.

Matt Lovett '06 received his Phd in Philosophy from Duquesne University.  He teaches courses at Duquesne and the University of Pittsburgh in Gender and Sexuality and Feminist Theory.

Brenna Ragghianti ’05 received her law degree at Elon University where, as a Leadership Fellow, she helped establish a scholarship for LGBTQ students to attend law school.  She is currently the Assistant Clerk of Superior Court and Judicial Hearing Officer in Greensboro, SC.

Andrea Leigh Tedesco ’15 received her Masters in Social Work for Boston University.  As a graduate student she interned at Fenway Health - a non-profit hospital started in the 1970's as one of the first free HIV testing clinics in the country for gay men - and then the Triangle Program - a partial hospitalization program for anyone over the age of 18 who identifies under the LGBT+/queer umbrella [one of the only in the country].  As a group therapist, she works with LGBT+/queer patients as well as women who are trauma survivors.  Andrea says, “To say that Rhodes helped me get here would be an understatement. My time as a gender studies student helped shape me into the person I am; it helped me clarify my values and better understand how I can apply them in my practice. My foundation in GSS helps me constantly with my clients.”

Katherine Watkins ’07 earned an M.A. in English literature from the University of Edinburgh and is a teacher at Millington Central High School.  In 2017 she received a National Educator Award from the Millken Family Foundation, one of 45 teachers nationwide to receive this award.

Keyana Williams '12 received her M.Ed. in Clinical Mental Health Counseling from North Carolina State University in 2014.  She is currently a psychotherapist in private practice in Garner, NC.  She integrates queer and feminist theories to provide care to a myriad of clients, especially those within the LGBTQ community.  Keyana says, "My time studying GSS at Rhodes gave me a language and a framework to understand the power of identity, representation, and inclusion. My current career allows me to create safe spaces for clients to know and love themselves without apology or shame."