I teach a variety of courses that focus on the African American experience in the United States. In each of my classes, I encourage my students to approach the material with the spirit of critical inquiry and investigation. I have high expectations when it comes to class participation and involvement. Students are not simply receptacles for information; they are encouraged—required, actually—to become vocal and engaged members of the academic community we’re trying to create together. When their thoughts, opinions and questions are not heard, the entire community loses the benefit of their wisdom. Additionally, I challenge my students to place the content of their courses within larger historical contexts, and to see the vitality and nuance that can be found on both sides of the hyphen in African-American. Typically, we’ll cover a particular period using primary documents, literature, web resources, music, movies and anything else I can find that will give my students a sense of how life was lived by those in the past.

My primary research interests include the Civil Rights Movement, and the exploration of local movements in particular. I’m fascinated by the various means individuals and organizations utilized in their efforts to create change. Beginning in my undergraduate days at Morehouse College and continuing through my graduate school tenure at Duke, I’ve worked to illuminate the under-researched phenomenon of mass-based protest and community struggle that takes place far removed from the urban centers of the South. My first book, Greater Freedom: The Evolution of the Civil Rights Struggle in Wilson, North Carolina (University Press of America, 2010), explored the slow, deliberate building of a movement in a rural community in the eastern-central portion of the state. It’s one thing to march, organize and boycott under the glare of city lights and press cameras. It’s quite another thing to march, organize and boycott in areas that major networks have never heard of and will likely never seek to find. The rules of engagement change significantly in this instance. Additionally, I’ve written a number of articles focusing on school desegregation, electoral politics and the central role of women in the construction of freedom movements.

My next project, tentatively titled Losing the Party of Lincoln: George Washington Lee and the Struggle for the Soul of the Republican Party, explores the life and career of George Washington Lee, an African American Republican operative and civil rights activist who lived in Memphis in the middle of the twentieth century. Lee was a staunch supporter of civil rights, and fought against the rightward drift of the party, a drift greatly facilitated by the ascension of Barry Goldwater in the early 1960’s. I’m also co-editing a volume, along with Aram Goudsouzian of the University of Memphis, which is an overview of the black freedom struggle in Memphis.

A Little Taste of Freedom: The Black Freedom Struggle in Claiborne County, Mississippi by Emilye Crosby, The Register of the Kentucky Historical Society 104, no. 2 (Spring 2006): 368-369.

“The Southern Black Church: Then and Now”, Church of the Apostles, Memphis, TN, February 2012

"′A little too much for a self-respecting white man to swallow′:  Black insurgency and white management in Wilson, North Carolina, 1955-1965."  Organization of American Historians Conference, Washington, D.C., April, 2006.

"′Somewhere down the line, we decided to organize′:  Fannie Corbett and the creation of a working class Freedom movement in Wilson, North Carolina, 1968-1970." Thinking Through Action Conference, Vancouver, BC, June, 2005

"Race, Violence and the Origins of Freedom in Wilson County, North Carolina, 1943-1949."  Association for the Study of African American Life and History Conference, Pittsburgh, PA. October 2004.

Click here to listen or read a transcript of the interview.

- I was born in Missouri, raised in California and educated in the South. This makes me something of a geographical vagabond. I only mention this because I am continually fascinated by the impact of geographical differences on our daily interactions.

- When I moved to Memphis, the varied musical community I found pleasantly surprised me. As a jazz saxophonist, I was prepared to enter some seriously fallow territory. After all, isn’t Memphis only known as the home of the Blues and Elvis? Aren’t they supposed to have a monopoly on the music landscape here? Well, no. Fortunately for me, I was dead wrong. The jazz scene here is wonderful! Punk, Rock, Celtic, Gospel – you name it, you can find it here.

- The greatest basketball player of all time is Earvin “Magic” Johnson.

“Finding Fannie Corbett: Black Women and the Transformation of Civil Rights Narratives in Wilson, North Carolina” in Local Studies and the Black Freedom Struggle: Creating a New Narrative of the Movement, edited by Emilye Crosby (Athens: University of Georgia Press, 2011).

“Democratic Intent?  The Perils and Promise of Constitutional Reform in the New South.” Charleston Law Review, vol. 3, no. 2 (Summer 2009) 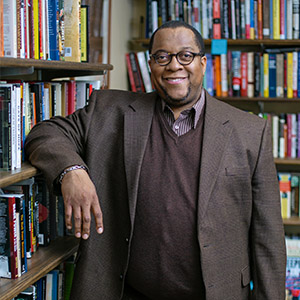