Since arriving at Rhodes in 1988 I have offered courses in modern European and South Asian history.  Many of these reflect my scholarly interest in colonialism and its impact on both colonizer and colonized.  Among the topics courses I now regularly offer are advanced seminars on Gandhi and the imperial idea, as well as a first-year seminar on the British Empire through Film.  I also routinely offer lecture courses on the British Empire, modern Britain, and modern Europe.  When the need arises I also enjoy teaching a two-semester survey of South Asia from the Indus Valley Civilization to Bollywood.  Every few years I also welcome the chance to challenge our History Major seniors in thinking about the diverse nature of historical investigation in the Department’s Senior Seminar.

The intellectual encounters produced by modern European imperialism have dominated my research agenda these past two decades.  My first book examines John Stuart Mill’s career in the London offices of the East India Company. It traces parallels between his views about administering India and his famous intellectual development.  I develop this idea further in a follow-up essay, contributed to a volume on Mill and India that I also co-edited.  Here I argue that the submerged voices of Indians can be found in the imperial discourse that influenced Mill’s thinking on education, public opinion, and the role of women.

Indian education is the topic of my third book, a collection of documents relating to the debate among British administrators whether to support classical Indian education or one based on western knowledge and the English language.  This volume brings together thirty documents, including some never before published.  One of these is a draft memo by J. S. Mill criticizing T. B. Macaulay’s argument for restricting government funding to English-language education only.  My co-editor—Martin Moir—and I challenge the idea that educational policy was solely an invention of colonial administrators by uncovering the significant contributions of Indians to this famous debate.

My most recent project was Rammohun Roys’s visit to England in the early 1830s.   Famous to South Asians as a social and religious reformer, and early nationalist, Rammohun was also a celebrity in Britain and the American republic by the 1820s.  My book examines the reasons for his fame, using these to trace key developments in religion, political reform, and early feminism among contemporary Britons.  Rammohun’s celebrity, I argue, is a mirror in which the making of modern Britain is reflected.  My book also explores how Rammohun sought to provincialize England by criticizing its slow progress towards rational religion and by praising republican nations such as
the United States.

I have also published articles on various topics, including J. S. Mill and the Irish question; peasant desertions in western India during the transition from Maratha to British rule; the role of sexual intimacy in the creation of colonial knowledge; and the linked efforts by Rammohun Roy and Thomas Jefferson to create a personalized version of the New Testament.  A recent
invitation to deliver a keynote address to a political theory conference on the subject of “Colonial Exchanges” led to an essay that explores the missed opportunity for intellectual exchange between J. S. Mill and Rammohun Roy when the famous Bengali visited London in the 1830s.

An invitation to present a paper on Mountstuart Elphinstone at an 2015 international conference celebrating the 200th anniversary of the publication of An Account of the Kingdom of Caubul has led me to take up that important Scot’s contributions to educational policy in British India.   My other current  project investigates the influence of German thought—especially
the influential ideas of J. G. Herder—on British administrators in India involved in the educational debates of the 1830s.

Rammohun Roy and the Making of Victorian Britain (Palgrave-Macmillan, 2010) 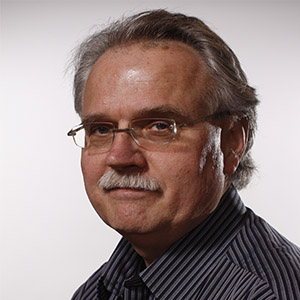