Erin N. Bodine was hired at Rhodes College as an Assistant Professor in 2010 and received tenure in 2017. Bodine earned her BS in Mathematics (and a BA in Anthropology) from Harvey Mudd College in 2003, and her PhD in Mathematics with a concentration in Mathematical Ecology from the University of Tennessee, Knoxville in 2010. Bodine's dissertation work, and a portion of her current research, focuses on using optimal control theory to analyze species augmentation models. More broadly, Bodine's current research uses difference equations, differential equations, and agent-based models to analyze and simulate the dynamics of a diverse set of systems: endangered species populations, the treatment of cancer, the spread of infectious diseases within a population, and reproductive effort and success in plants. Since starting at Rhodes College, Bodine has enjoyed several productive research collaborations with Rhodes undergraduates and continues to work with 2-8 students each year on a variety of biomathematics research projects.

During her first three years at Rhodes College, Bodine spearheaded the effort to create a Biomathematics major. Rhodes College graduated its first Biomathematics major in May 2014, and the number of majors has been growing since then. As a part of developing the Biomathematics major, Bodine created two mathematical modeling courses, one which focuses on the modeling process and scientific writing (Math 315), and another which focuses on discrete-time modeling methods (Math 214). Bodine has also created an additional elective course in agent-based model (Math 314). She has given several presentations on the pedagogical goals and outcomes of each of these courses at a variety of national and international mathematics and biomathematics conferences. Prof B firmly believes that math is for everyone, and strives to make math exciting and accessible in all of her classes which regularly includes teaching applied calculus (Math 115). In service to Rhodes College, Bodine has served on the Academic Advising Committee and the Technology & Academic Space Committee, and currently serves on the Environmental Sciences & Studies Program Committee.

Bodine, her husband (a non-academic), and two daughters love living in Memphis, TN, and canoeing the local Wolf River. Each fall, Bodine and her husband take Rhodes faculty and biomathematics students for a day-trip paddling through the beautiful Ghost River portion of the Wolf River.

Bodine’s full CV, selected course materials, and pedagogical presentations can be found at her website Prof B is for Biomath.

Fun Prof B Trivia Facts
Prof B was born and raised in Southern California. Specifically, she was born and raised in the San Fernando Valley, which technically makes her a “valley girl.” Like, totally!!
Prof B met her husband while working at Philmont Scout Ranch in New Mexico.
Prof B is an avid (though not particularly fast) knitter and has knit all of her own socks.
Prof B loves tea, especially “Earl Gray, hot!” And yes, that reference outs me as a Trekkie; I was raised on Star Trek: TNG.
Prof B is a fan of Hippos and Wonder Woman, which is abundantly clear if you visit her office (OH 419).
You can follow Prof B’s musings and research adventures on Instagram @prof.b.is.for.biomath 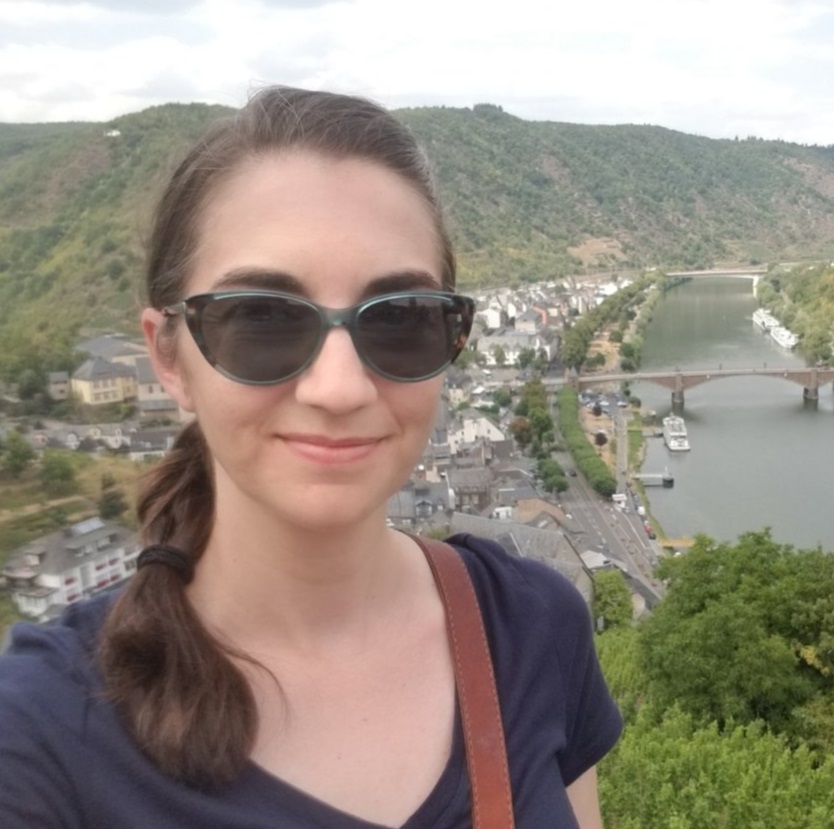