A native of Pennsylvania Dutch country, David Sick earned his high school diploma from the public school district in Lancaster, PA. He first encountered the Greeks and Romans as a student of Thomas Falkner and Vivian Holliday at the College of Wooster in Wooster, OH. He earned the M.A. and Ph.D. in classics from the Department of Classical and Near Eastern Studies at the University of Minnesota. The diversity of offerings of that department allowed him to study both ancient Indian and Iranian languages in addition to Latin and Greek, and, as a result, much of his research tends to be of a comparative nature. He wrote his dissertation, "Cattle, Sacrifice, and the Sun: a Mythic Cycle in Greece, Iran, and India," under the guidance of William Malandra and Philip Sellew. The article "When Socrates met the Buddha: Greek and Indian Dialectic in Hellenistic Bactria and India," examines the Greek inscriptions of the Buddhist King Aśoka. The latter piece was a finalist for the Mary Boyce Award given annually by the Royal Asiatic Society of Great Britain and Ireland.  His most recent research has been in the intersection of the classical and biblical worlds, with articles on dining appearing in the Journal of Biblical Literature, the Journal of Theological Studies, and Biblical Interpretation.

Sick has taught a variety of courses on the languages and cultures of ancient Greece and Rome, including all three courses in the SEARCH sequence. (He served as director of that program from 2005-08.) He advocates the oral production of Latin as a pedagogical method and offers an automatic A to any student who raises a child whose first language is Latin. 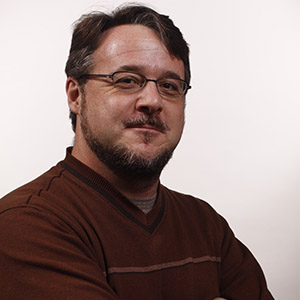