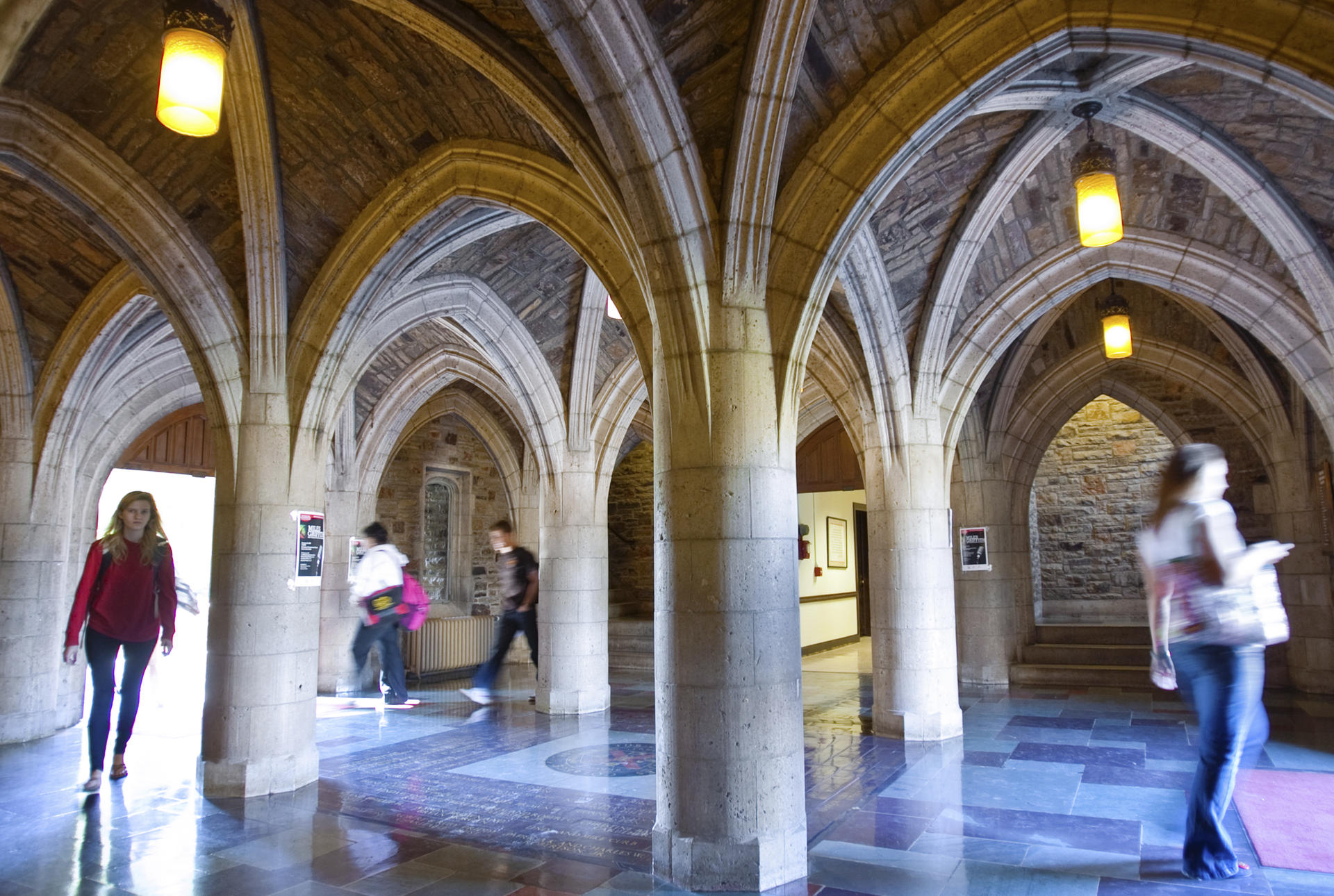 In their own words…

As a young woman who grew up in the heart of the Bible Belt, I thought I knew what “studying” religion meant. In my head, it meant you opened up your sacred text (in my case the Bible) and talked with a group of like-minded people (in my case fellow 16-year-old girls) about what it meant. Fast forward 5 years, and I am a rising senior who is majoring in Religious Studies at Rhodes College. Studying religion is no longer synonymous to Bible study, but rather it is a way to develop my critical thinking skills and to truly learn.

There is no “set in stone” way that you study religion, which makes it fun and diverse. It doesn’t require the regurgitation of formulas and definitions, but it does require in-depth understanding. It also inspires real life skills that can be tough to teach in a classroom with other types of studies. You have to put yourself into the shoes of others and understand people different than yourself, while also being aware of your own perspective. Having to widen your understanding of the world and discuss issues and topics that can be hard to understand creates well-rounded and cultured young scholars.

Studying religion—and the subjective boundaries that religious practices have historically placed around the “sacred” and “profane”—can help us understand modern manifestations of those boundaries. Religion is a part of culture, so studying it is interdisciplinary, combining textual, historical, linguistic, philosophical and many other approaches in the process.

Maybe this is a little biased, but I believe when it comes down to it religion is a fascinating area of study! For ages, people have depended on religion, and it is constantly evolving with the times. The academic study of religion is an ideal way to explore religious ideas from a variety of perspectives. Religion is one of the primary means for people wanting to explore the human condition of existence. Researching religion means having the chance to learn how others understand existence and our purpose.

While the study of religion as an academic enterprise has roots that extend back several centuries, its modern configuration and institutional embodiment are a 20th century phenomenon. This field of study has emerged with the recognition that religion is a cultural phenomenon that is marked by both diversity and transformation. The pervasiveness and power of religions throughout human history and their continuing role in shaping individuals and societies make their study within an academic context essential.

A primary objective of the study of religion is to clarify the concept and define the category. The rigorous interrogation of a basic cultural category is a central act of a critical education. On the other hand, human beings do not live through general categories, but through concrete, historical traditions embedded in particular times and places. The study of particular traditions, leaders, doctrines, rituals and artifacts draws students into complex, enduring and compelling systems of meaning that have affected millions of lives.

To study religion is to study responses, both behavioral and intellectual, to the great riddles and questions that face human beings, including death, suffering, tragedy and the nature of the self, society and universe. Religious Studies incorporates cross-cultural and interdisciplinary approaches and utilizes historical, ethnographic, theological/philosophical and sociological tools to interpret and explain the multifaceted complexes that are religions.

Religion is a basic element in western understanding. In the United States, in particular, religion is a foundational taxonomic concept that American culture uses to sort out and organize the complexity of human experience. The First Amendment guarantees that the United States may have more than one religion and affirms that religion is a legitimate legally protected form of difference in American society. Thus, our national ability not merely to abide, but to affirm difference - to value difference as a social benefit and a cultural good - is grounded in our constitutional commitment to religious freedom.

In the past decade, we have become increasingly aware of how religion intersects with ethnicity and nationalism to shape the identities of individuals and societies around the world. Far from being simply a private phenomenon, religion is integrally involved in configuring the world-view and ethos of major civilizations of our day. It plays a central role in determining the shape and tenor of political and cultural conflicts within and between nations. To understand, the diversity of peoples and societies around the world, as well as the conflicts within and between them, it is essential that Americans come to recognize and to understand the diverse religious roots of individual and communal identity.

These factors help to establish the place and mission of the study of religion in American higher education. Education is our society′s primary mode of socialization and acculturation. It is where our students acquire not only information and skills but also a basic sense of American culture and its endemic pluralistic structure and values. One of the things higher education must do, then, is to give students the skills to appreciate the plausibility and appeal of lives they do no and may never lead. This is more than a matter of supplying information. It is a matter of giving them the capacity to understand ways of living that are unknown, alien, and even threatening to them. Since religion is at the core of pluralism, the study of religion must play a central role in American higher education. Through its study, students acquire the attitude, skills and knowledge they will need to negotiate the increasingly pluralistic world of the 21st century.

The Department of Religious Studies offers an undergraduate curriculum designed to enhance awareness of diverse religious traditions among college graduates in a modern, pluralistic society. As global, national and local concerns increasingly are voice in terms of religious beliefs, values and world-views, understanding one′s own religious background and those of others has become an important factor in educating a person for the 21st century.

How will this benefit my education and career goals?

Course work in Religious Studies is designed to help students enhance their skills in analytical thought and effective communication. Such training can lay the foundation for successful graduate studies or augment professional careers in fields like communications, journalism, international relations, business, justice studies or public administration.

Does the department have a record of placing its graduates?

Students with background degrees in Religious Studies have been admitted to graduate programs in the study of religion at first-rate institutions of higher learning. Others have successfully pursued advanced studies in fields, such as medicine and law.

What will I learn?

The Department of Religious Studies offers an extensive range of courses that introduce undergraduates to a variety of religious traditions, texts, rituals, symbols and cultures. In consultation with a faculty advisor, students design a course of study that combines a core curriculum with individual interests in order to understand better the ways in which religious values, ethics and beliefs influence human thought and action in societies around the world and throughout history.

How will I fit in?

The Department of Religious Studies provides a supportive learning environment that invites undergraduates to interact socially and intellectually with a community of peers and faculty. Undergraduates are encouraged to attend departmental colloquia and become acquainted with leading scholars visiting the campus.

What are my options?

A major in Religious Studies is an appropriate choice for students wishing to focus on specific religious traditions. Others combine their interest in religion with area-centered or multidisciplinary studies. Students may also explore the role of religion in relation to topics such as the arts, politics or gender.