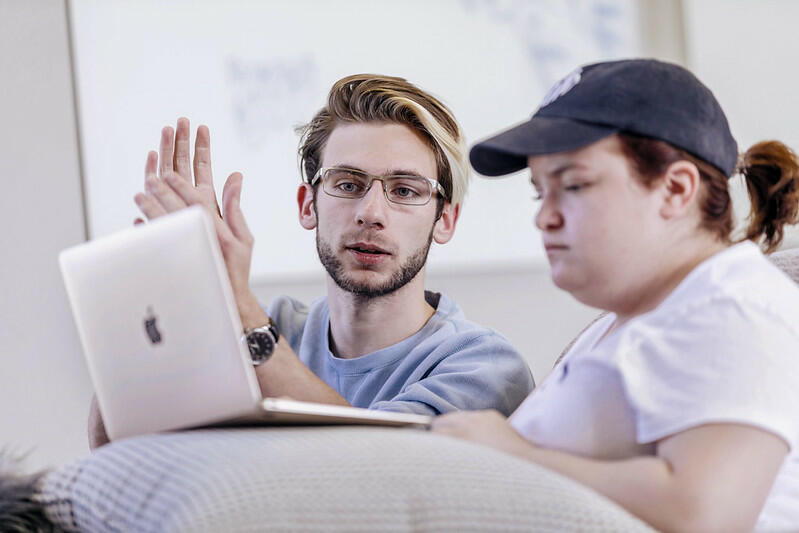 Welcome to the department’s information for students. In this section you’ll learn about current and recent majors, student organizations, competitions, and events. We also maintain a list of helpful links about Math and Computer Science topics and careers.

The Rhodes College Student Chapter of The Mathematical Association of America

The Rhodes College Student Chapter of the Mathematical Association of America is comprised of students who have an interest in mathematics and computer science. This organization is not just closed to those in the Mathematics/Computer Science Department, however. We are open to both math majors and non-math majors.

The MAA Student Chapter here at Rhodes College is, in a sense, like an umbrella organization for the Department of Mathematics and Computer Science. We handle most of the student activities sponsored by the department. Some of these activities include AfterMath, the annual Hendrix-Rhodes-Sewanee (HRS) Symposium, the Putnam exam, and trips to mathematics and computer science conferences.

As stated before, the MAA Student Chapter is not exclusively for mathematics or computer science majors. We actually have a wide range of majors within the group. Some of these majors include neuroscience, physics, and economics.

Every year, we have elections for the officers of the chapter. The elected officers have several responsibilities. Some of these include budget proposals for biannual allocations, faculty meetings, and the scheduling of club meetings and lectures.

AfterMath is a Friday afternoon gathering of students and faculty to discuss mathematical problems and issues, as well as play games, talk about life in general, and simply commune with friends and professors. It’s also a chance to have some free food. Some of the events in AfterMath include:

AfterMath and Rhodes MAA also put on several other events throughout the year, including:

Math Awareness Week: In April, the chapter will host a few activities to celebrate mathematics and its many applications!

Sponsored Parties: We host the Math vs. Physics Picnic every other year, a Christmas party, and an end-of-year celebration.

Lectures: In Spring 2012, Dr. Vittorio Addona from Macakester College gave a lecture on “Censoring and Truncation:  A "Survival" Guide.” We hope to bring another speaker to Rhodes in Spring 2014.