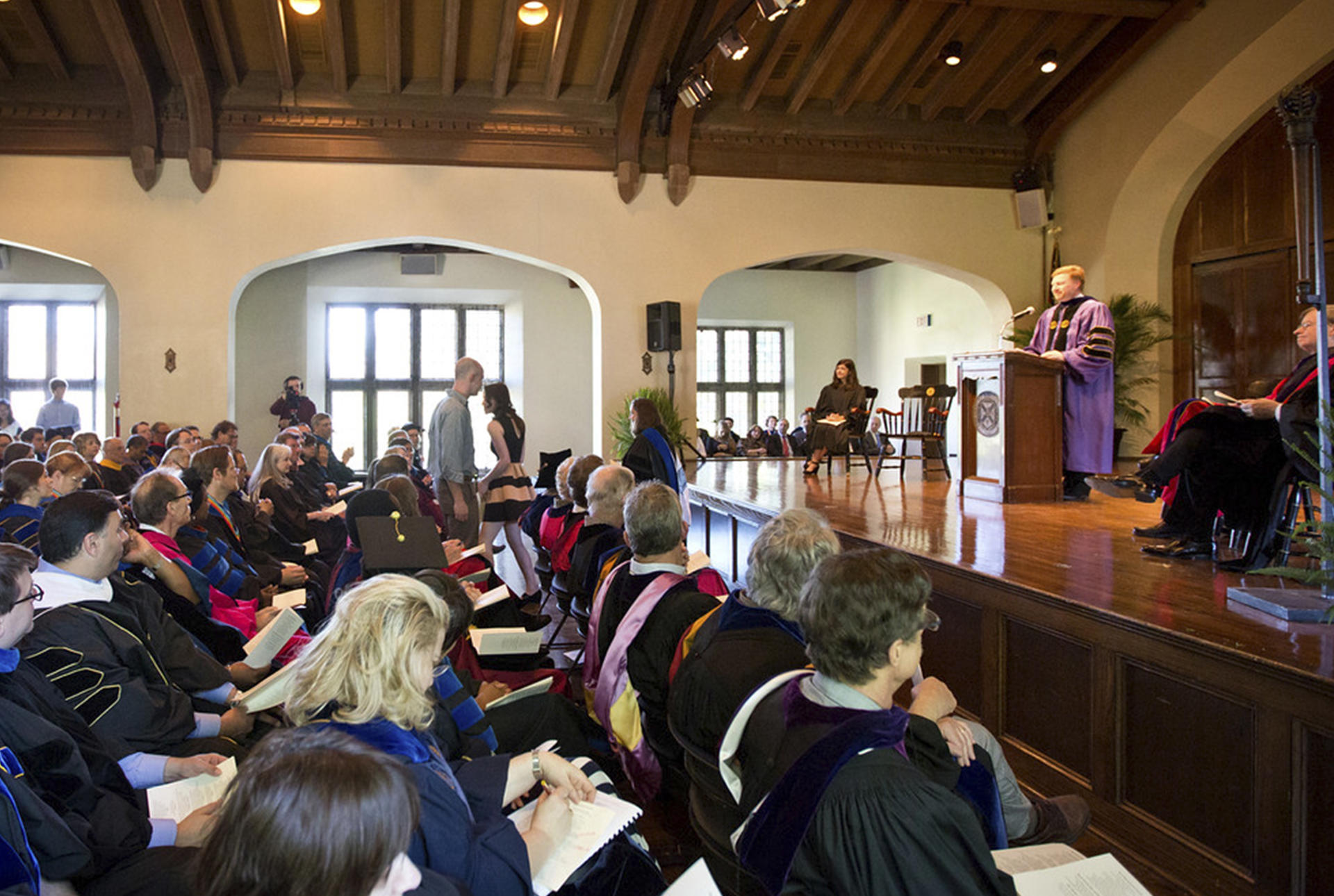 The John Henry Davis Award is named for the late Professor of History who taught at the College from 1926 through 1969. He was a founder of the College’s tutorial system and he created the interdisciplinary course, “Man in the Light of History and Religion,” later renamed “The Search for Values.” He was the first president of the British Studies at Oxford program. This award is given annually to the outstanding senior history major.

The Douglas W. Hatfield Award is named for the J.J. McComb professor of history (1989-2001) who joined the faculty in 1965. Dr. Hatfield was also Chair of the Department of History from 1970 to 1980 and Director of the Search for Values Program from 1985-2000. This award is given to the senior history major who has distinguished her/himself in the area of undergraduate research in history.

The Phi Alpha Theta Award is presented annually to a senior for outstanding service to the history honor society.

The First Year Award in History is given to a first-year student who has done exceptional work in a history course, demonstrated commitment to the discipline of history, and achieved a record of overall academic excellence at the College.