William Skoog joined the Rhodes faculty in 2009 as Professor of Music, and Director of Choral Studies. He most recently served as Director of Choral Activities at Bowling Green State University, directing the University Men’s Chorus, University Choral Society and Collegiate Chorale, and taught courses in undergraduate and graduate conducting and choral literature. He served in a similar capacity at Indiana/Purdue University in Fort Wayne, Indiana.

Choral ensembles under his direction have distinguished themselves at OCDA, OMEA, ACDA, IMC and MENC conference performances. Skoog has conducted various university choirs with the Memphis Symphony Orchestra, the Toledo Symphony (OH), the Fort Wayne Philharmonic Orchestra (IN), the Elkhart Symphony and Chorus (IN), the Prague Radio Symphony Orchestra, and the Moravian Symphony Orchestra, among others. He has conducted European premieres of works by Dave Brubeck, and has prepared choruses for Dmitry Sitkovetsky, Edvard Tchivzhel, Stephan Sanderling, Giordano Bellincampi, and Mei Ann Chen. He has conducted International Choral Festivals in Lucerne, Rome, France, and the Czech Republic, and will conduct the Dublin Choral Festival in 2018. He also conducted a special President’s Day Festival at the Kennedy Center in Washington D. C. He conducted a festival concert with the New England Symphony at Carnegie Hall in May, 2017. He has been invited back to conduct at Carnegie Hall again in May, 2018, and also for the Festival of the Aegean, on the Island of Syros, Greece, in 2018, with the Warsaw Symphony.

His publishing credits include Music Educators Journal, Choral Journal and Cambridge Scholars Press (UK). He has presented at respected scholarly conferences including MENC, ACDA, and the International Conference on the Literature of War, at the Durrell School, in Corfu, Greece. Skoog is a champion of new music, and choral ensembles under his direction have performed and premiered numerous pieces as part of the renowned New Music and Art Festival for Mid American Center for Contemporary Music, an international festival held at BGSU. They have performed compositions by Jennifer Higdon, James DeMars, Burton Beerman, Dave Brubeck, Samuel Adler, Chen Yi, John Harbison and Michael Cox, among others. He recently conducted the European premier The Singing Rooms, by Pulitzer Prize winning composer Jennifer Higdon, at La Madeleine, in Paris, France, with the composer present. 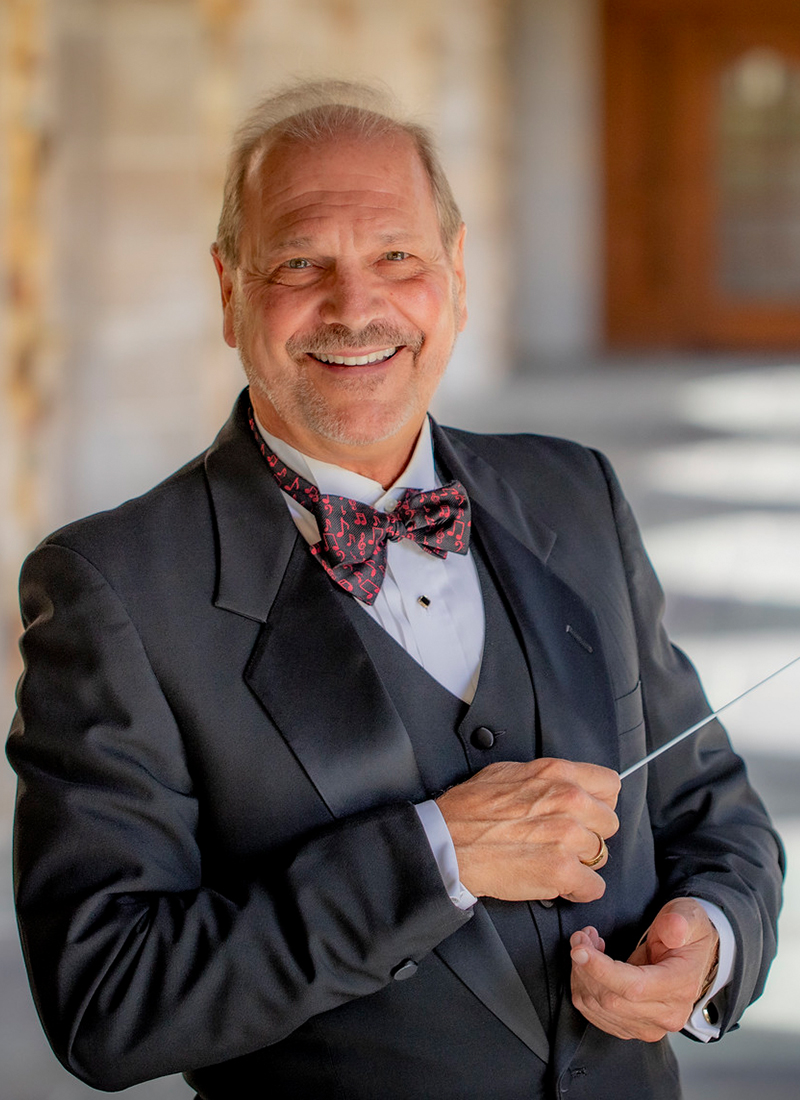