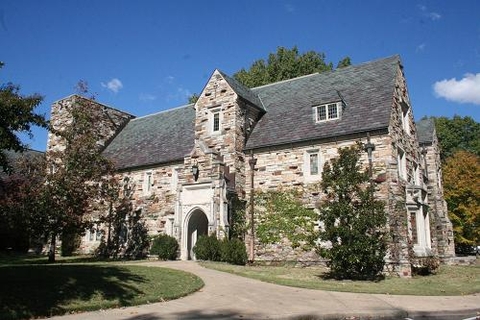 Blount Hall, a residence hall completed in 1986, was dedicated on October 17, 1996, in recognition of Carolyn and Wynton Malcolm Blount as distinguished leaders, benefactors, and friends of Rhodes.

Boyle Court, provided by the employees of Boyle Investment Company in memory of Chairman Emeritus J. Bayard Boyle, Sr., was dedicated January 23, 1997. In 1998, as part of the 150th Anniversary celebration of Rhodes, a time capsule was buried in Boyle Court, to be opened in 2048.