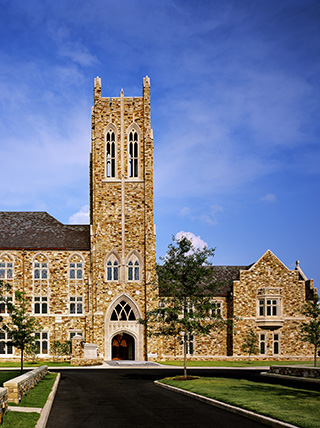 Barret Library, a state-of-the-art facility made possible by a major gift from the Paul Barret, Jr. Trust, opened in August, 2005. Paul Barret, Jr., a graduate of the class of 1946 who died in 1999, was the nephew of Mr. and Mrs. A.K. Burrow, who provided for the construction of the 1953 Burrow Library. Barret Library will serve the needs of the college well into the 21st century. The facility, equipped for both wireless and wired technology, features a 24-hour study space and group study rooms, along with facilities for study and library collections. Also included in the Barret Library are areas for peer-tutoring and writing assistance, computer laboratories, the Digital Media Lab and Media Center.