There will be a reception at 5:30 p.m., and a book signing following the lecture.

Marie-Christine Williams was a 14-year old girl living in her father’s house in Kigali, Rwanda, on the day in 1994 when the Rwandan genocide began. During the genocide, extremist members of the ethnic Hutu majority turned against their Tutsi and moderate Hutu friends and neighbors. When it was over, 80 percent of Rwanda’s Tutsi population had been slaughtered. Marie-Christine survived. Running at night and hiding during the  day, she used her wits, her faith in God, and sheer determination to overcome starvation, injury, and the emotional trauma of witnessing so many brutal murders. 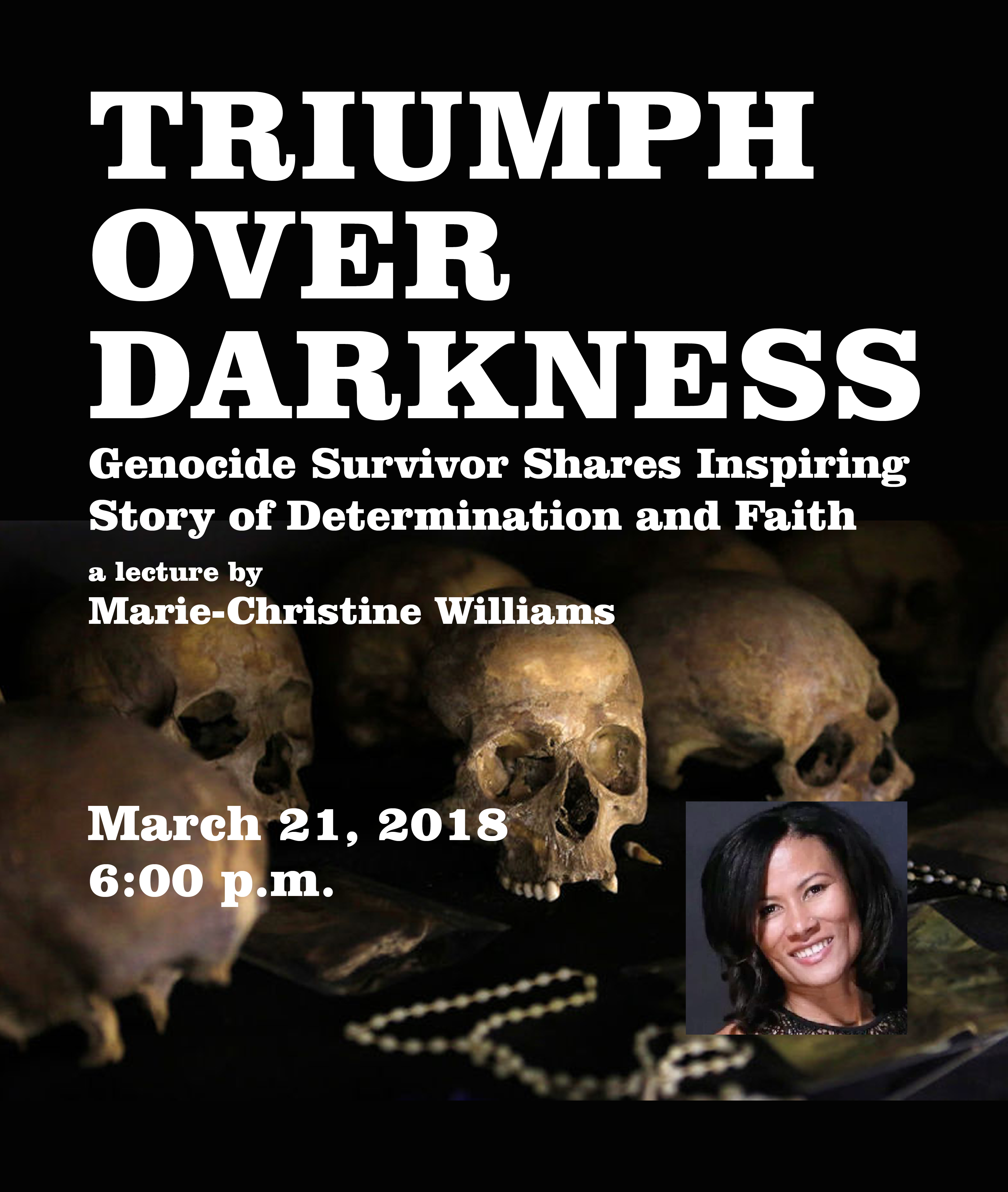