A Lecture by Sam Lovejoy

Getting Your Passion Going to Save the Planet: A Lecture by Sam Lovejoy

From Thoreau to contemporary passive resistance movements, Sam Lovejoy will discuss political philosophy and his experiences as one of the leading environmental activists of our time. Sam Lovejoy was a founder of the non-violent, direct action NO NUKES movement. In 1974 he knocked over a 500-foot weather tower in his home town of Montague, MA, to protest a planned nuclear power plant project. He immediately turned himself into the police, and handed the sergeant a 4-page statement taking full responsibility for his actions. He was indicted for a felony and stood trial, defending himself without a lawyer. He was acquitted by the judge after an 8-day trial. Thus began the opposition to nuclear plants being built throughout the country and the world. 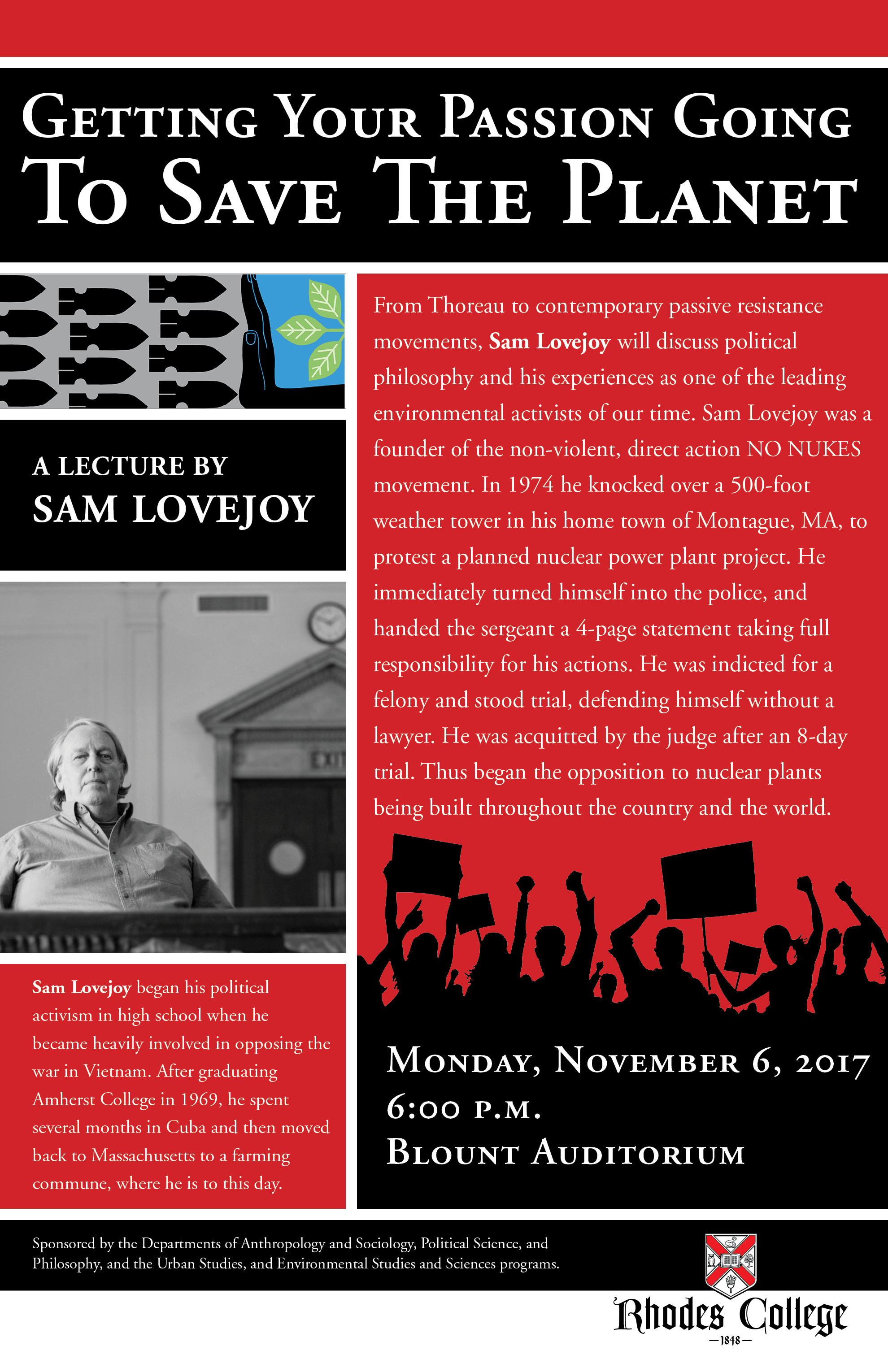