The Finality of Prophecy

In Arabia a man named Muhammad, who was born c.
570 CE, is said to have received a series of communications from
God  between 610 and 632 CE.
These communications subsequently were recorded in writing,
collected, and redacted in the text known as the Quran. On one
occasion, the Quran refers to Muhammad as “the seal of
Prophets,” a phrase that is understood by all Muslims as
signifying that prophecy came to an end upon Muhammad’s death
in 632 CE. In this lecture, Dr. David Powers will attempt to situate this claim
in the context of the understanding of prophecy in the Near East
in Antiquity and Late Antiquity.

David S. Powers is a native of Cleveland, Ohio, and a
long-suffering Cleveland Indians fan. He received his Ph.D. from
Princeton in 1979 and began teaching at Cornell in the same year.
He currently holds positions as Professor in the Department of
Near Eastern Studies, Adjunct Professor at the Cornell Law School, and
director of the Medieval Studies Program. His courses deal with
Islamic civilization, Islamic history and law, and classical
Arabic texts, and his research focuses on the emergence of Islam
and Islamic legal history. He is founding editor of the journal
Islamic Law and Society. 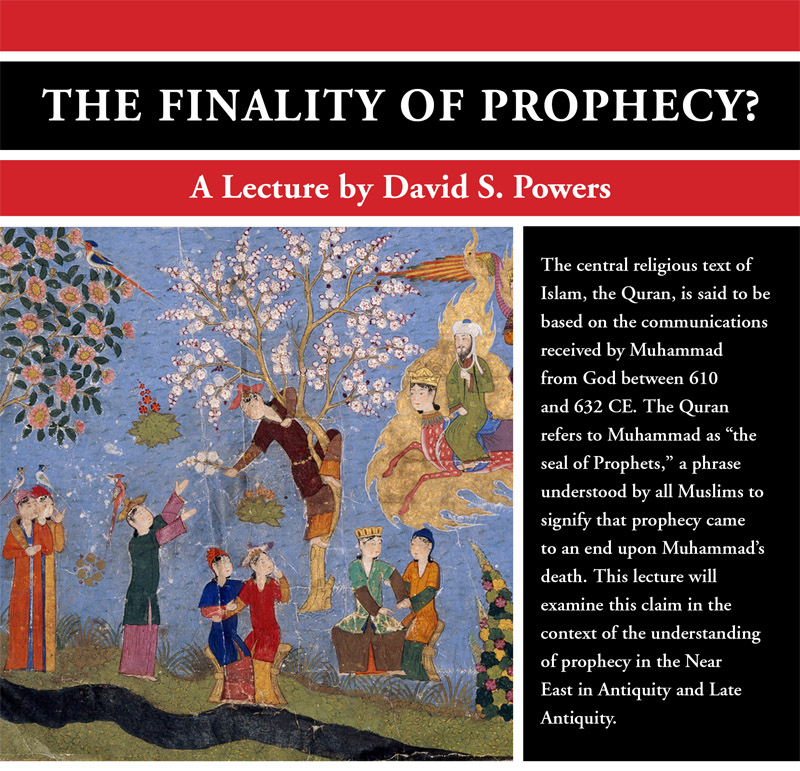