Election 2016: How the Heck Did That Happen? A Talk by Marc Hetherington

Marc Hetherington is professor of political science at Vanderbilt University. He studies the American electorate, with a particular focus on the polarization of public opinion. He is the author of three scholarly books, the most recent of which, Why Washington Won’t Work, won the Alexander George Award from the International Society of Political Psychology as the best book in the field of political psychology published in 2015. His second book, Authoritarianism and Polarization in American Politics, co-authored with Jonathan Weiler, won the Philip Converse Award in 2016 from the Elections, Public Opinion, and Voting Behavior section of the APSA. Taken together, these two awards have led many to wonder what is wrong with his first book, Why Trust Matters. In 2004, Hetherington was awarded the Emerging Scholar Award from the Elections, Public Opinion, and Voting Behavior section of the American Political Science Association. He has published more than a dozen articles in a wide range of top scholarly journals and also won several college and university teaching awards.

There will be a light reception following the talk in the Frazier Jelke lobby. 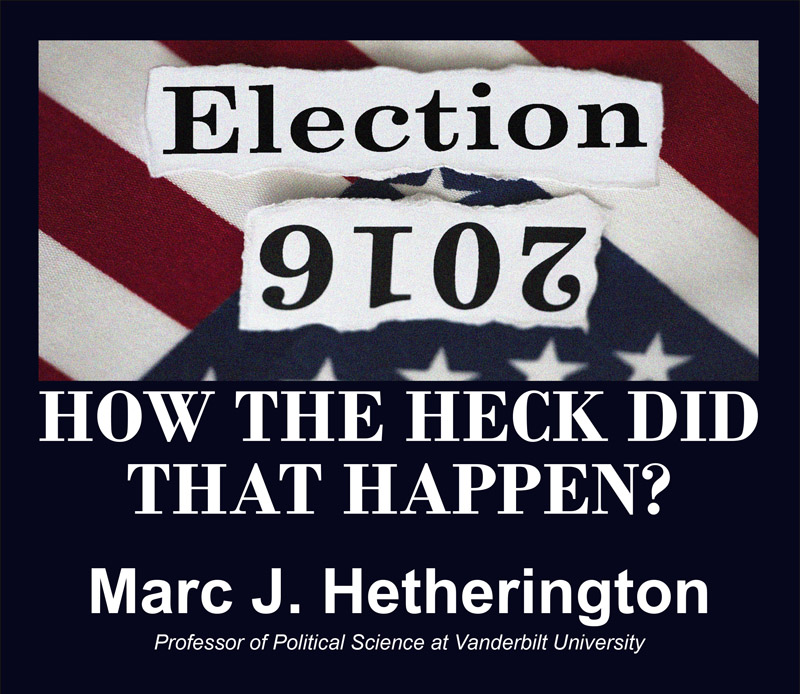