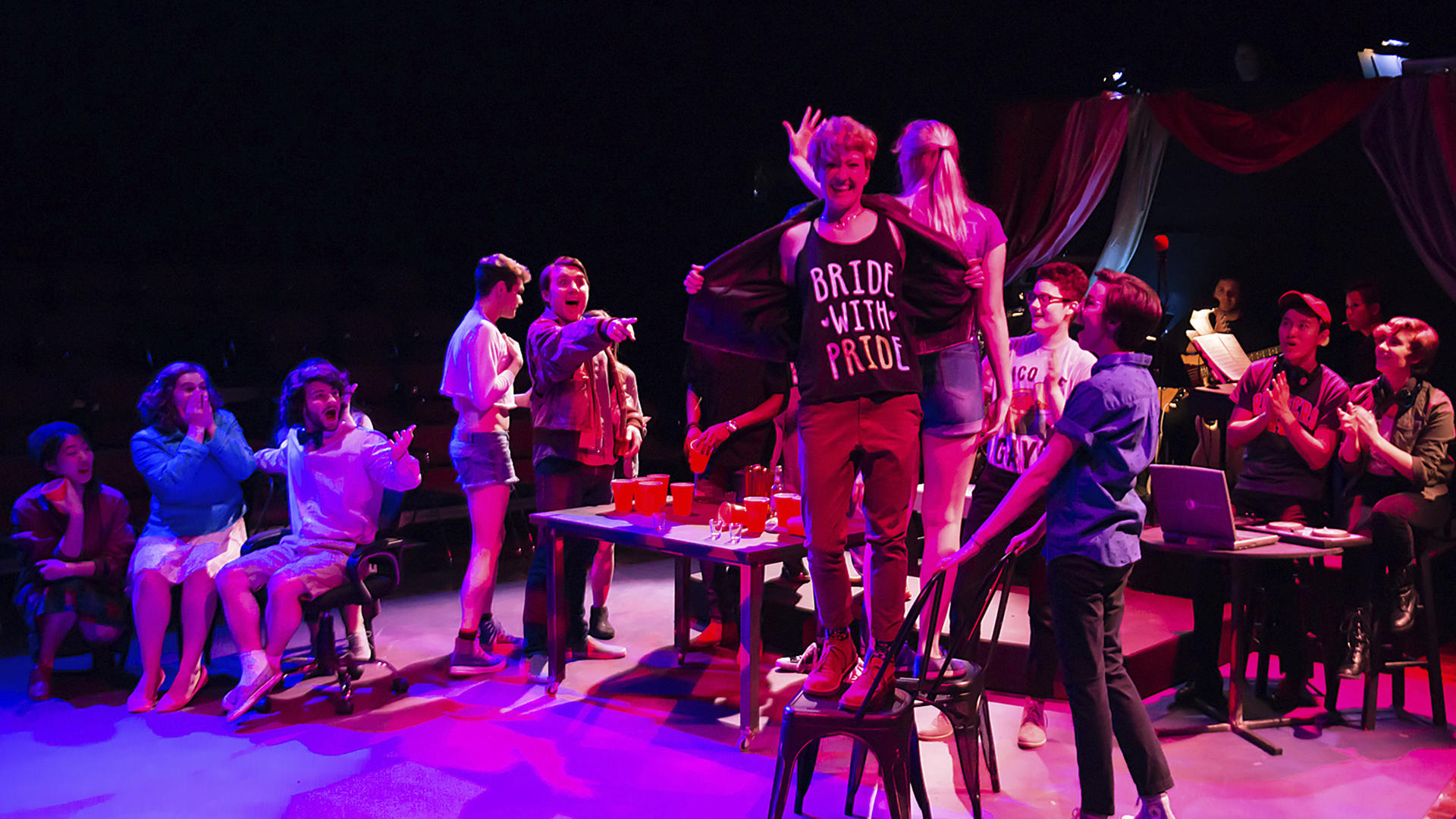 Join us for a panel discussion and Q&A with Rhodes College Alumni who have distinguished themselves in Musical Theatre.

Olivia Gacka '17
Olivia is a Memphis theatre director, having most recently directed "Next to Normal" at Germantown Community Theatre (Ostrander Award nomination) and the regional premiere of "Heathers the Musical" at Rhodes College. She has also spent the past several years assistant directing various productions at Theatre Memphis including "Mamma Mia", "Shrek the Musical", and "The 25th Annual Putnam County Spelling Bee". While she has missed the community and the work, Olivia has enjoyed making the most of our collective pause on live theatre by using it to take online classes in areas such as COVID-19 compliance protocols for film sets and intimacy coordination for the stage. Someday, when we can all gather again, Olivia looks forward to directing Margaret Edson’s "Wit" at Germantown Community Theatre.

Andrew Drannon '06
Andrew specializes in dramatic storytelling through opera and musical theater. Based in Brooklyn, he hails from Memphis, Tennessee, where he worked as Professor of Music Technology and Composition at Rhodes College. He holds an MFA from NYU Tisch’s Graduate Musical Theatre Writing Program and has been a composer at the Bang on a Can Summer Festival.

Leigh Ann Evans '89
Leigh Ann has actively served the Memphis theatre community for more than 30 years, participating in all aspects of theatre from director, actor, stage manager, and backstage crew. In addition, she has served as a judge for the Ostrander Awards, the Memphis area theatre awards, for the past decade. Currently, Leigh Ann introduces students to the world of theatre as an educator at Millington Central High School.

Charles Holt '89
Charles is an actor that has performed in such celebrated productions as: Smokey Joe’s Café, Jesus Christ Superstar, The Rocky Horror Show, and The Lion King. Holt is the founder and creator of The Open Frames Project, a non-profit organization that is designed in training individuals in the course of emotional literacy and its importance in learning to navigate the challenges of tough life experiences, problematic encounters, and difficult relationships.