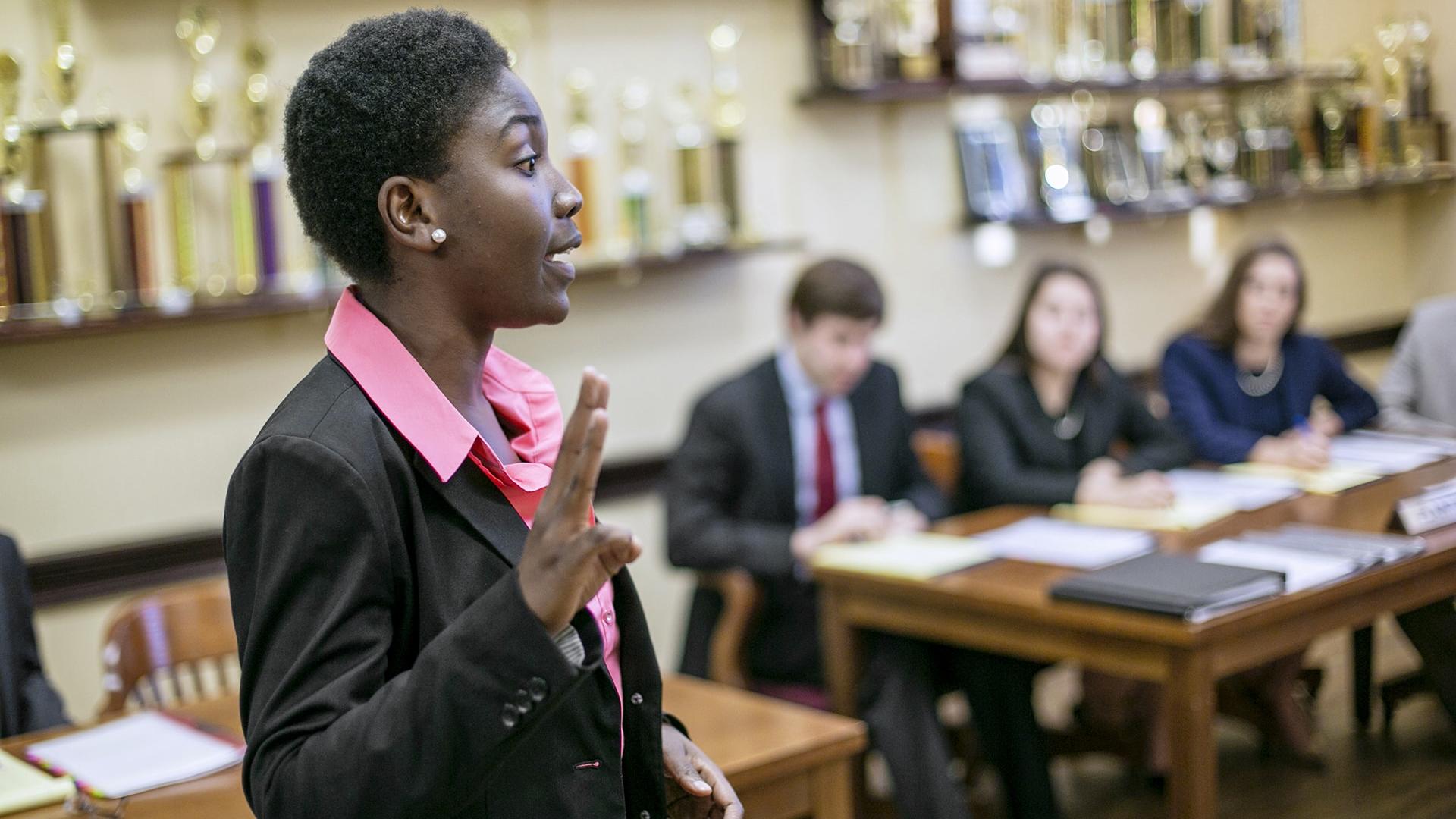 Rhodes College boasts one of the top Mock Trial teams in the country. Mock Trial began at Rhodes in 1987, when the national tournament consisted of only 56 teams. Since that time, the tournament has blossomed to include more than 650 teams from more than 400 colleges and universities.

Rhodes has appeared at the National Championship Tournament for every year of the Mock Trial program’s existence, an unchallenged 33-year streak as of spring 2019.

The Rhodes Mock Trial program attracts a wide variety of students from virtually every major on campus. Some are preparing for law school, while others simply enjoy the excitement of the competition and the camaraderie that such team activities generate.